After successfully arriving in Arizona for a much-deserved vacay with Teddy Brewski, I feel compelled to write another post about long distance driving trips and the people who inhabit the armpit towns along the way since my last post on this topic was so controversial to some of my readers. This post is especially aimed at the citizens residing in the desert towns between Los Angeles and Phoenix. What in the hell is going on in these places that people look as if they have never seen a mirror in their entire lives? Every time I enter these truck stops I hear, “Welcome to the Jungle” in my head and Axl screaming about these towns. Ironically, some believe the song is referring to life in Los Angeles (which is a totally different kind of plastic jungle and the animals there are probably more dangerous in some ways than the aforementioned).

The people in these truck stops appear to be living life as if the Kardashians’ influence never touched their town (which is a good thing in most ways). The people may look scary and probably don’t shower every day but I am sure that they would not be as cutthroat and self absorbed as most of the Hollywood hyenas I have met. I was in a truck stop for all of 2 minutes when approached by a girl with Band Aids all over her face asking for change. No, she didn’t want the food I offered but change. Really? Well, I guess drugs do not discriminate by town because she could have been the same girl I offered a pizza to on Sunset Blvd who declined only after asking what kind of meat was on the pie. When I told her pepperoni and sausage – she replied “nah, I hate sausage” and I noted that next time I want to offer a homeless person a pizza that I should take their order first.

While at this truck stop, I was waiting for the bathroom and a man covered in tattoos from head (yes, head and neck) to toe ran in as if he was not going to make it to the toilet but politely said, “Excuse me” as he ran past. When the woman working behind the counter told him the toilet was getting cleaned, I thought he was going to have a nervous break down but instead just said “Shit you have got to be f@#$@# kidding me “ and ran across the street to the McDonalds. But, I do have to hand it to him because he said, “Excuse me” again while running past. I moved because I thought it wise not to get in his way. He would not be someone I would want to meet in a dark alley.

So, following this brief interaction with this man I needed to go across the street and use the McDonalds restroom too. By the time I got there, the line was 10 deep and I waited it out only to see my new bff exiting the men’s room looking much happier this time around. We locked eyes, gave a head nod (like I was part of his crew) and I hope he knows that I was impressed with his use of “excuse me” and wish that more people catch on. Seriously people.

Now, I am in Arizona and trying to relax which is impossible for me. I have run a crazy 5k (ok, walked most of it) race with obstacles like those on the show Wipeout and completed it like a (minor league) champ. I finished redecorating, strolled a mall or two, walked the dog 35 times, and am up for my next blog post and YouTube video.

I have a feeling that this is going to be a great month full of lasting memories but hopefully not including anything with crazy hairy pigs aka javelinas, scorpions or snakes. I love Arizona but couldn’t they remove those things before I got here? My friends assure me there are no bugs this time of year. So, if I find one I am bringing it to their house. 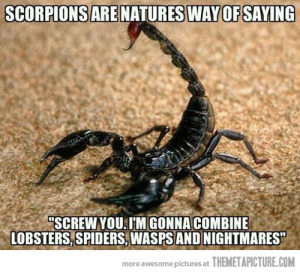 BTW – for those of you who have asked me if people live in teepees in Arizona the answer is “no” and if they do, they have not invited me over yet.

Melanysguydlines #57  Don’t get drunk and sit on a cactus. They may not look as mean as the people at the rest stop but the cactus will hurt. Trust me. 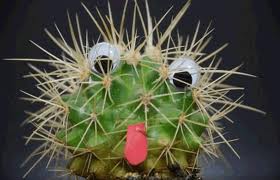 Happy Halloween aka Dress like a slut day!
Guys Can be Sloppy Drunky-poo too!

12 Responses to “Welcome to the Jungle”-which one?