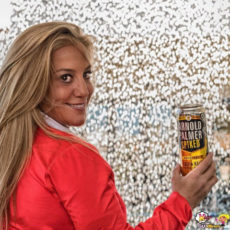 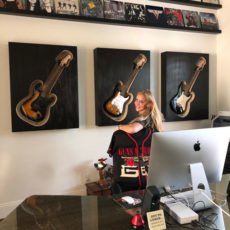 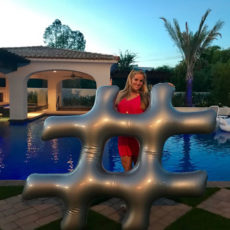 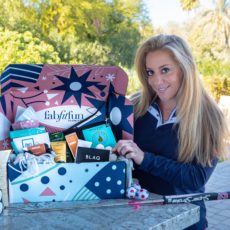 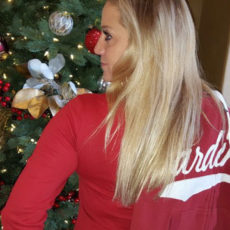 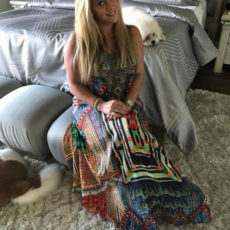 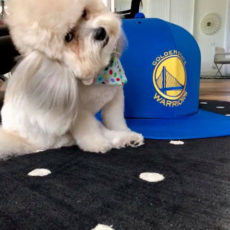 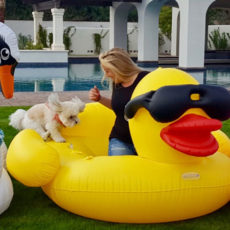 Melany Berger (Better than a hotdog) a.k.a. – “Snarky” or Queen of Snark

All snark, all true. Nine lives worth of short stories, advice & raw judgement on relationships, life, products and everything in between.

These have all happened to me and I just write it like I see it. You may not like it, but I probably don’t like you. I have lived at least 9 lives and thought I would offer a window into some of them. Chill out and get over yourself before you read these! Words of wisdom from one of the smartest people I ever knew. KISSEZZ.

I write about working (unknowingly) as a flytrap for ALL the stupid people in the world. I have been told that I need to write a book so, I started blogging!

From Northern California originally, graduated Cum Laude from the University of Arizona but moved to Los Angeles following graduation to work for MTV, the William Morris Agency, Irving Azoff, and CAA in the music business (behind the scenes because I break car windows and make dogs bark when I try and sing). It was fantastic until I realized I was approaching 30’ish and no longer wanted to be a groupie in a rock band. So, I packed my things and relocated back to San Francisco where the freaks got weirder and my dating life nearly stopped because the guys were more interested in looking at each other than me which brought me back to Los Angeles. In LA, I had the opportunity to work in Marketing and Promotions with numerous high profile tours. I saw the change shifting in music to online media and enjoyed learning about social media. After suffering a few personal hardships, I wanted a change. I went down to Barnes & Noble, picked up a book called Blogging for Dummies, read 5 pages and started on my way.

This is when I started MelanysGuydlines.com. It is my cathartic outlet.

The blog began as a dating blog but is now a lifestyle site. I wanted to cover more than relationships and discovered that brands were looking for influencers who wanted to monetize their followings. After completing another 2-year sentence in LA, I wanted a more “normal” life and relocated to Scottsdale, Arizona. Upon arrival in Phoenix, Melanysguydlines gained a lot more traction and my social media following increased considerably and is now over 450,000+ (not including my dog, Teddy Brewski’s following who has over 12K followers as well). The landscape has rapidly changed in the past 6 years but it has been a challenging journey full of interesting experiences. I have worked with some of the biggest brands for the blog and now primarily as a social media influencer because people don’t really like to read blog posts and would rather look at pretty pictures or watch video. Myself included! Also, I am the youngest member on the University of Arizona College of Social and Behavioral Sciences Advisory Board and guest lecturer in social media. BEAR DOWN!

Melany Berger is a “no-holds-barred” blogger and social media influencer. She is the creator of MelanysGuydlines, which is a lifestyle blog with a snarky twist. She will tell you that snarky is witty but younger and better looking and says what most are thinking but do not say themselves. Think Chelsea Handler with a splash of Perez Hilton. A professional in the music industry, Melany has worked for major entertainment giants such as MTV, Irving Azoff and the William Morris Agency. Knowing the business inside and out, Melany has no shortage of hysterical true tales of what it’s like to be a rock-star or at least party like one!

MelanysGuydlines won the Best Dating and Relationship Blog of 2014, the Shorty Awards Vox Populi 2015 for the most fan nominations in the blogger category and toured the country with Cox Business as an influencer supporting startups. She was featured on the award-winning Cats in the Corner Office show whose past guests include Jay Baer and Steve Kerr. In 2017, she became Fohr verified and in 2018, was chosen as one of three influencers to represent MillerCoors for the Arnold Palmer Spiked debut campaign at the Waste Management Phoenix Open. The social media campaign led the product to be the top selling new brand of 2018 according to Nielsen. In 2019, @MelanysGuydlines was the top monthly influencer on Instagram for the NFL, Golden State Warriors, Kate Somerville, Jean Paul Gaultier, Dita Eyewear (two months), Tory Burch, and Tory Sport (three months) via Fohr Card. Melany’s dog, Teddy Brewski was voted Mr. December by his passionate followers and earned him a coveted spot in the Puppies Make Me Happy 2020 calendar. Melany was also featured as one of the top influencers to follow in Phoenix by VoyagePhoenix.

In addition to writing about relationships, Melany has proven herself as a trusted brand ambassador and social media influencer. She loves giving back to her followers through partnering with brands and offering exclusive opportunities. Melany has worked with top tier brands ranging from Microsoft, Lenovo, Cox Communication, Bud Light Lime, Amazon, American Express, Disney, Overstock, USA Networks, Adore Cosmetics, Vanity Fair, MillerCoors, the NFL and many more. She only works with brands she personally uses herself. Trust is everything. Melany will only share brands that she can personally vouch for and remember not all influencers are created equal! Check out her media kit for a list of various and diverse brands she loves and has had the pleasure of working with: https://melanysguydlines.com/media/

When Melany is not blogging or representing brands, she can be found engaging with her followers online. She has amassed a large and loyal following of 450,000+ on her social media channels (including her dog, Teddy Brewski who his own loyal social media following of over 12K).

Melany’s family created two scholarships in her sister’s name at the University of Arizona after her passing in 2010. The two scholarships are among the most prestigious at the University. The Brenna Ilana Berger Memorial Scholarship covers a good portion of in-state tuition, room and board, and books. It honors her sister’s memory as an At-Risk School Counselor in Los Angeles by enabling students who have faced significant obstacles in the pursuit of their college education. Her family is very active in keeping close contact with the scholarship recipients.

Check me out in this flyer – GO CATS! Wildcat for LIFE!
Turn Your Social Media Rockstar Status into a Profession