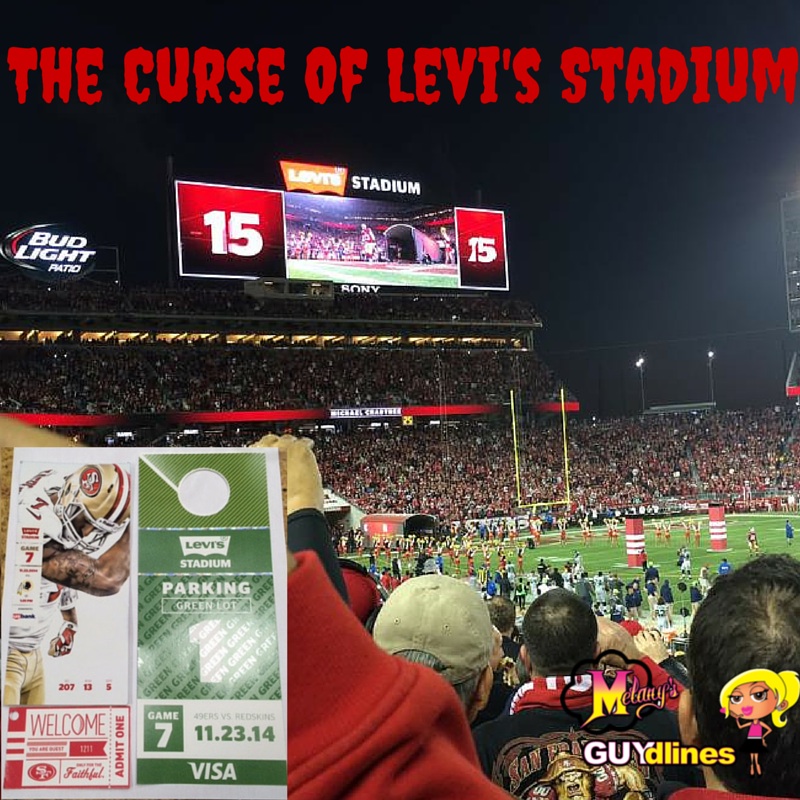 The Dumbest, Smart Place in the World: The Curse Of Levi’s Stadium

I hope you all had a great Thanksgiving and enjoyed family, friends, turkey and football! I did but had an experience that I need to share with you because it was too funny not to write about. Here are my tips for the next time you attend a football game on Thanksgiving Day anywhere in the US but especially at Levi’s Stadium in aka the home of the San Francisco 49ers.

TIP 1 – When going to the new Levi’s Stadium to watch the SF 49ers play (get beat up) on Thanksgiving day, make sure you take a bus and not that certain bus I wrote about a few weeks ago because they are running a very “Fowl” operation and I am not just talking turkey. If I wanted to be reprimanded and yelled at by a man I would have stayed working in the music business. A condescending tone guarantees a snarky response. Big Hat, No Cattle.

TIP 2 – If you want social media influencers to help build your brand – don’t think you can tell them what to say. Last I checked, this is a free country and that is the beauty of blogging, twitter and the United States of America. If you want snarky, you will get snarky!

Last I checked, this is a free country and that is the beauty of blogging, twitter and the United States of America. 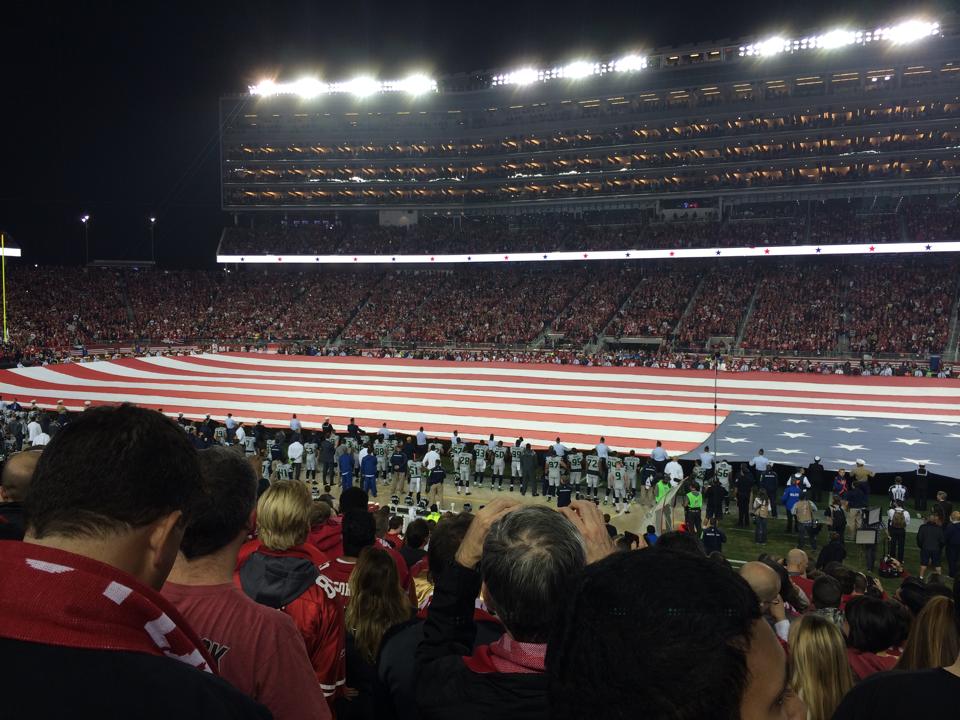 LAND OF THE FREE!

TIP 3– During attendance of said Thanksgiving Football game, make sure you sit in a row that does not include 15 beer drinkers, 5 hungry women and the inability to exit both ways. If you do find yourself sitting in this row, you will be getting your exercise and will have to eat two turkey dinners at the all you can eat buffet for thanksgiving. Seriously, I got up and down so much last night my butt looks like Kim Kar….no, no it is doesn’t but you get my point, right?

Seriously, I got up and down so much last night my butt looks like Kim Kar….no, no it is doesn’t but you get my point, right?

TIP 4- When trying to navigate your way out of the dumbest “smart park” created by the supposedly smartest and innovative (rich) minds of Silicon Valley bring two cell phones and two mophies to back them up because there is no reception in the smartest football park in the world and there is no access to the people at the park who are trapped like rats in a cage following a beat down.

TIP 5 – When trying to flee the ballpark to catch your getaway vehicle remember the police that are set up to direct traffic probably have zero idea what is going on there either and neither do the people working for the ballpark. Ask a rickshaw driver.

TIP 6 – When picking a get away vehicle, pick the rickshaw that has been driving her tricycle for longer than 12 hours and if you happen to jump on an amateur tricycle driver make sure she doesn’t charge you $20/per person to drive around in circles the midst of a crowd of very angry football fans only to end up in the exact same place you had been standing for almost 2hours in the freezing cold. Plus, remember to cover your tweeting and texting fingers because when all else fails – twitter!!!!!

remember to cover your tweeting and texting fingers because when all else fails – twitter!!!!!

TIP 7 – Pick a well-versed rickshaw driver who can do wheelies, up and over a grassy knoll through a parking lot with limited bumpy action and calm your parents while weaving in and out of vehicles following a football game. Give him a good tip. It’s Thanksgiving after all.

TIP 8 – Get to the IHOP! That is where they serve pancakes, you can go to the restroom without getting arrested for relieving yourself on public property and can get picked up by your rescue vehicle only to promise that you would never attend a game at that “smart park” again unless by bus but not by that certain bus. 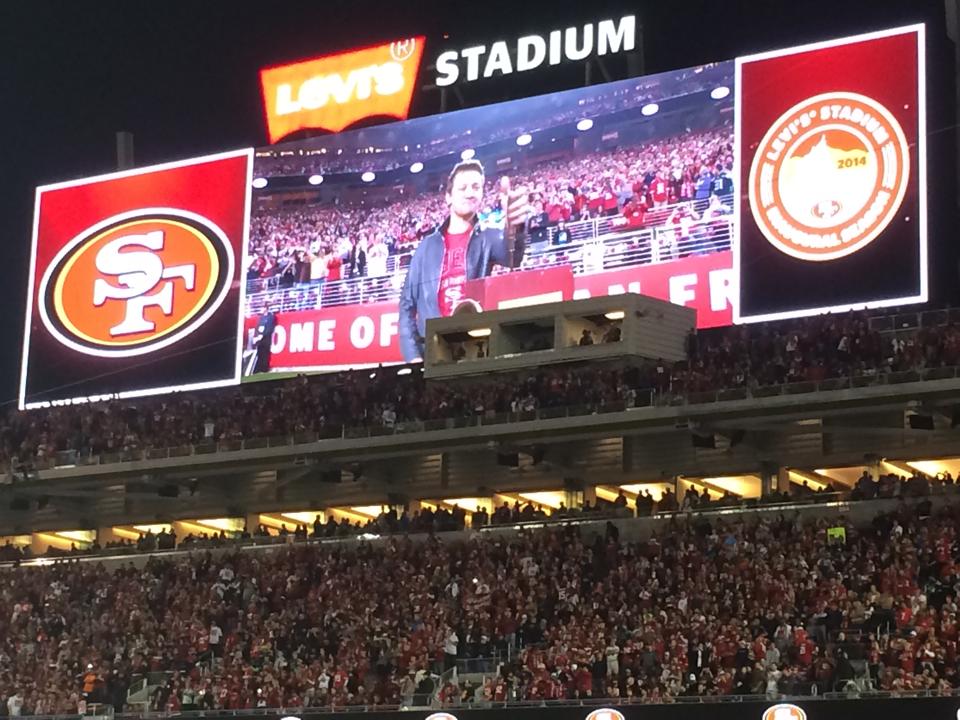 Jeremy Renner blasting horn at Levi’s stadium because we made it to the IHOP!

Jeremy Renner blasting horn at Levi’s stadium because we made it to the IHOP!

TIP 9 – Don’t wear heels to a football game. Just don’t because you may end up looking for a getaway vehicle for hours before you get home and not be able to move your feet. Also, none of the hotels in the stadium area allow you to use their restrooms no matter how many Brewski’s you had and I am not talking Teddy! 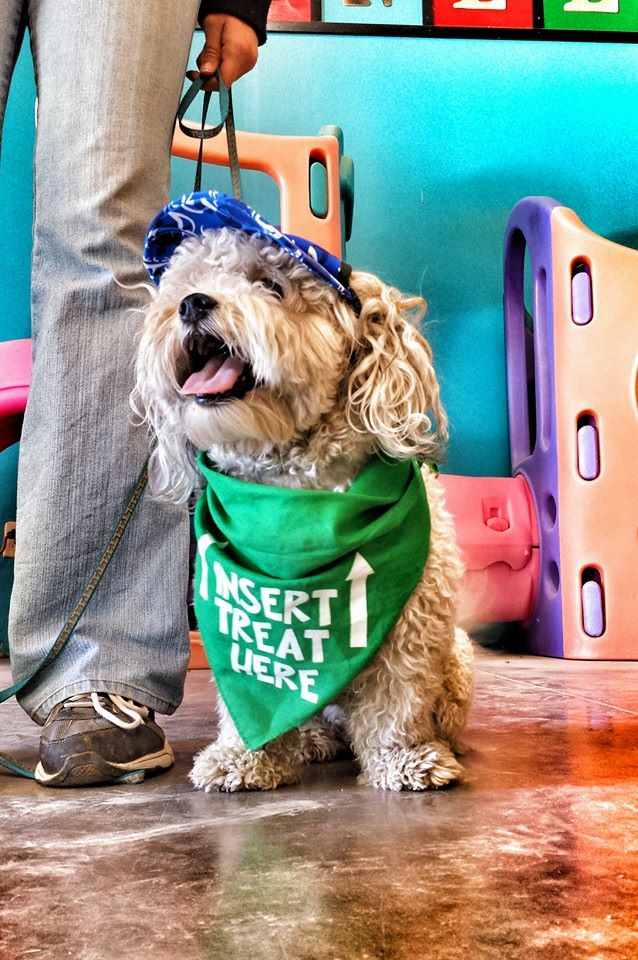 TIP 10 – At least if you see a BAD game and your team loses BADLY, make it be on Thanksgiving Day because for the most part people say “please, excuse me and sorry”. I am thankful for that. Stay away from that one lady that looked like the woman from Fraggle Rock wearing Asics from 1985. You know the one? She looked like she was going to throw my poor mom on the flat stove and cook her with bacon for her Thanksgiving feast! Beware!

She looked like she was going to throw my poor mom on the flat stove and cook her with bacon for her Thanksgiving feast!

Happy two days after Thanksgiving, day after Black Friday and pre-Cyber Monday. Now, I think I earned another piece of pumpkin pie! Who has some? Yum!

Don’t Be A Turkey: Vote For Me!
Tis’ the Season To Shop! Snarky Holiday Gift Guide 2014 PART I

10 Responses to The Dumbest, Smart Place in the World: The Curse Of Levi’s Stadium