Attending the University of Arizona for college provided me with a lot of (great looking, TAN) friends and CRAZY (legendary) stories for my blog. One of my favorite funny true stories occurred during Freshman orientation.. I was just 18 years old, but the events that transpired during this weekend introduced me to THE (BEST PARTY) school and gave me a preview to my lifetime of unbelievable (somewhat incriminating) experiences with some truly AMAZING party people!

I attended orientation (with my loving and innocent parents) during my Senior year of High School. I was coming from a small private school in Northern California and the U of A is a LARGE school. Tuscon, Arizona is HOT (desert, no saliva in mouth, hot). It is dry (but still HOT). So, I pack my shorts and take my farmer tan (was a softball player throughout high school) and fly to the desert to meet the other (INSANE) incoming Freshman. We meet outside the Marriot on campus and begin sizing each other up immediately. I gravitated toward the group of good looking, TAN, blond girls who were paired with the well built, equally as TAN, guys. Welcome to heaven!!!! We looked like we could have been in a photo shoot for Playboy/Playgirl (and later some were in Playgirl – still have the photos).

This seems like an excellent time to tell you about my quest for a perfect tan. In Arizona you HAVE to be tan. No questions! You don’t want to be that girl with the ghostly white, fluorescent legs illuminating the desert night  – that is NOT cute and will RUIN your career at that school (while attracting every bug in the desert). Even today, I am still on that quest for the perfect tan.  I will try anything (mostly anything) once. While there, I perfected a mixture of carrot glitter gel and coconut oil, which I used daily while laying out in 105 degrees. After laying out, I had to go to the sun tanning bed because I was convinced that I did not get enough sun until one day my friend and I appeared on the Jumbo Tron at the Football stadium in a lovely shade of orange (somewhere between oompa-loompa color and Snooki).

After seeing myself on the largest screen ever (and being told that if I was to continue to tan I would soon turn into a purse), I decided to give up carrots and look into age defying makeup.  No! Spray tan just does not do it for me especially because the girl at the tanning place tried to convince me this treatment is not “streaky” at all but she has those “ghostly white fluorescent” hands. When I asked her why her hands were a different shade from her body, she responded to me that she washes her hands a lot. I guess, that kind of tan is for someone who does not wash their hands. Am I never supposed to wash my hands EVER again? Search continues…..

I digress. So during orientation, (after the intial grouping of tan, tanner, and tannest) we were asked (herded like farm animals in the heat) to go to a lecture hall and take a math test. Judging by my fellow students, none of us were really GOOD at math. Following the (dreaded) Math and English tests (the majority of people spoke English – was not a UC school) we were introduced to our dorms.

My dorm –Coronado (Scoronado) was featured in Playboy and voted one of the most sexually active dorms in the US that year. This explains why (by the time I got there) the school decided to change the demographic of the population of the dorm to 90% women. But, the guys on my floor were stoked because there were only 10 of them and 90 of us (I did well on my math test, kinda).

During orientation, we were allowed to stay in the dorms while our parents (who thought we were ANGELS) stayed at the Marriot. Immediately, I befriended this TALL, blond, tan, beautiful girl from the Midwest. We were FAST friends and still are to this day (what up AM). She drove a stick shift (coolest thing ever, until I got one and live in Los Angeles) and had a fake ID already! It totally worked for her because she was so tall (almost 6 feet). We took her car (rocking out to Dave Mathews) and (she) bought alcohol for our fellow students (PARTIERS). By the time the sun went down, we were feeling GREAT! Conversations consisted of what sororities and fraternities we all wanted to rush (deep conversations). Soon, the biggest guy (buffed – but was not from all of his WORKING OUT at the gym) starts to exhibit sign of total “wasted-ness” and we see him struggling with speaking and walking. His (overally, puffed-up) tan body falls over and his eyes begin to roll back in his head. I rush into stealth mode and try and hold his head up. I stick a blue and purple toothbrush down his throat (touching his tonsils) to try and force all of the liquor from his enormous head. He just won’t throw it up. His legs become jello as he begins to fall down again (and I can not hold this mammoth up anymore). As he begins to fall, he reaches his hands out to grab onto something (anything) to hold him up. He grabs at the first thing he can reach and that was my breasts (lets just say I was blessed in that department) and he begins twisting and yelling “Tune in Tokyo” but Tokyo does not respond. Tokyo is Melany and I am ready to punch this guy in the face. The audience (of fellow Wildcats) call an ambulance which arrives minutes later, sirens blaring and lights flashing in front of the dorm. The pumped up guy (picture Arnold Schwarzenegger -big), gets thrown on the gurney and they rush his enormous, tan body to the hospital down the street. We later hear that he had his stomach pumped and was doing OK. The University of Arizona also gave him a gift upon starting school the following semester. They gave him probation and he was not allowed to rush his dream fraternity. Welcome to the U of A! You are now a WILDCAT! 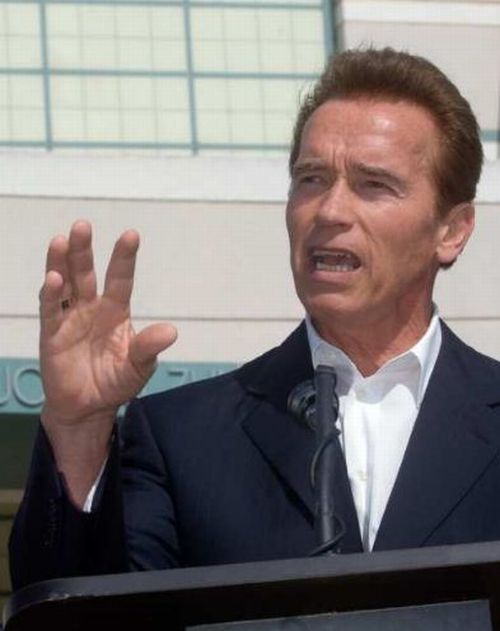 I ran into “Ahnold” and he was hugging a parking meter on the side of the street. I said hello and did not think his relations with the inanimate object was weird at all (which is weird now). I read in the “Daily Wildcat” newspaper the next day, that “Ahnold” had ripped the parking meter out of the cement on the street. I guess he was trying to dig to China. He did not have the greatest experience in Tokyo and thought China might be a better fit, I guess.

Melany’s Guydline # 9  – Tanning is really bad for your brain.

(BTW….when you google, “Tune in Tokyo” a quote from the 80’s movie “Girls Just Want to Have Fun” I was shocked (not really) by ALL of our favorite politicians giving us the infamous hand gesture. Barack Obabma?? Too current?)