Hi, my name is Melany, and my dog is a Humper. This is the first time I have been able to admit it. He humps toys, hands, arms, and sides (he has not started with the leg yet). I went to puppy class yesterday and he mounted the front of a Havanese puppy and proceeded to go at her head. Yes, this is embarrassing and I wanted to crawl under the little red slide attached to the playhouse in the dog training room (do dogs really know what to do with a plastic slide?) Alas, my trainer (a very nice lady who has trained police dogs and dolphins) told me that it is normal and usually girl dogs are the humpers (don’t think this is right, maybe she was underwater too long with the dolphins and lost airflow to her brain).  Lucky me – I have a Humper. 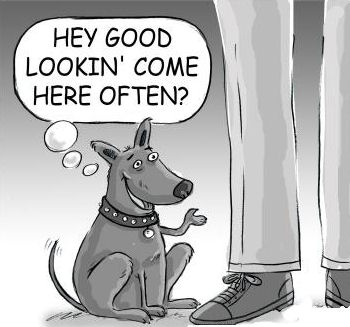 If only dating men was this easy.  If I could see a guy humping everything in site then I would stay away for sure. I would be able to conclude in one word that he was a humper and falls in the Humper category. I wish that there were big signs so that they could alert me to the type of men out there and what category they belong in. You know, Dummies? Perverts? Commitment-phobes? Boring? Humper? A few men have the art of displaying their signs, especially the single guys that contact me online. I am much better at picking up these signs online because they hit me over the head with them, but for some reason in person – not so good. For example, the guy who asked me “If they showed adult movies at your university, would you support the school and go?” One, WHAT? Is that a pick up line? Two, how old are you? I am way out of college. Three, how the hell do I know and do you think I went to porn school? It was easy. This guy is a Humper and a Dummy. Next. Maybe Internet dating is the way to go, only if people were honest on their profiles. People lie as much on their profiles as they do on resumes. You know, you do it too! It may be a little fib but we are all a bit guilty and think of ourselves as much better looking and more important than we actually are. You are not. The last 2 dates I went on were L.A.M.E. I wish there was a header on the dating site to categorize the two schmucks I went out with summing up what type of dater they were in one word. This would have saved me getting ready time and one wear in my new AG jeans. For example, a very nice guy who told me that he was accomplished in his career, a former athlete and had an awesome picture to top off his phony profile contacted me. Beware – if the guy is super hot in the picture and only has one picture, ask for a few more. This is not a good sign. If the picture looks old (you know the coloring is not clear/dark or he is wearing Z Cavaricci jeans) then you need a current picture (that means the last month or 2). Do not accept anything older because a lot can happen in a month or 2. He could eat himself round and stop working out or start doing drugs and be skinnier than your leg. I hate that! Well, my date ate the guy in the picture, the computer and the picture. Did he think I would not have noticed the EXTREME weight gain? Hmmm, well I did and this is false advertising. Fat and Liar, next. The next prospect sounded amazing on the phone (actually he did not). He was boring from our first conversation. That is another thing, if the guy texts and never calls you, that is a big sign! He could sound like Pee-Wee Herman or not speak English well. I was trying to tell this poor guy that I needed a “rain check” and he asked me where it was raining. That is just not going to work. Anyway, back to the boring guy on the phone. At least he called! So, we meet and get the check for $12.72 for my 2 glasses of Prosecco (happy hour prices) and the guy looks away so that I can reach in my wallet and pay. Cheap-o wanted to continue the date as I stayed way over my obligatory 2-drink minimum (never agree to a meal on a first date). What the hell? This guy wants to continue the date and asks if I want to go elsewhere with him. No. Why, so I can buy you dinner? No thanks! To top off the night…he did not walk me to my car because his car was in valet. Ok, you can lose my number. Probably for the best because he texted the next day to tell me what a great time he had. Right. Cheap and Oblivious. I would almost rather have a Humper. 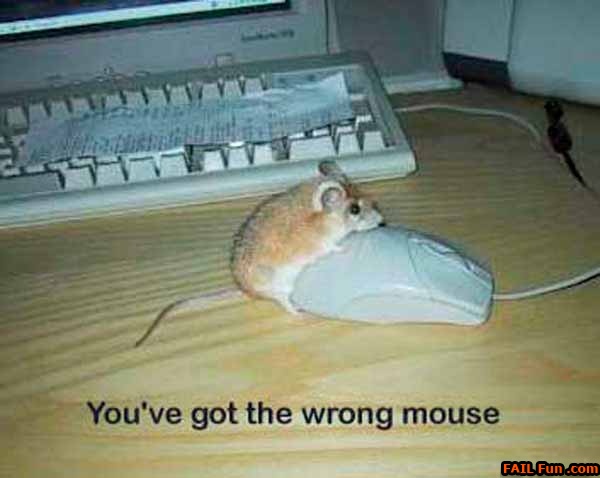 At least if these poor men took some lessons from Teddy Brewski, I would have known right away to run the other way and block their profiles on my account.

Melany’s Guydline #20 –You can learn a lot from a Humper.