You all already know me from melanysguydlines.com but I thought it was about time that I step out from behind my avatar’s shadow and introduce the REAL Mel G and Teddy B. 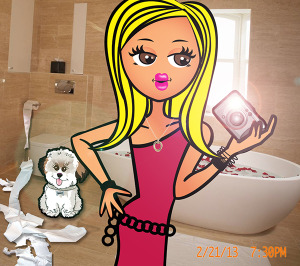 Welcome to my real world and the new and improved MG 2.0. I hope you like it and share a laugh or two with me. After surviving the hacking issue (where it is painfully obvious that someone wants to be me)…. Well, here I am and better than ever.

Melany’s Guydlines: All snark, all true. Nine lives worth of short stories, advice and raw judgement on friendships, relationships and everything/everyone in between.

Also, I am pleased to introduce the “One Hit Wonder” section. There are just too many good entertainment stories floating around and it would be a crime not to address them properly at Melanysguydlines.com

Thought this was a perfect time to address the absolute ridiculousness/entitlement of the people in the city of Beverly Hills and the industry in a little, sparkly, neighboring city known as Hollywood, CA. Funny true story… 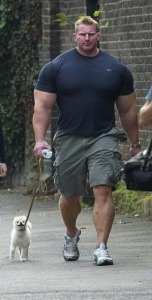 Early this morning, I woke up to Teddy Brewski squeaking at the top of his little lungs and threw on whatever Lulus were clean from the longest move ever (only from SF to LA but I have enough stuff to feed, clothe, and house an army). Where did all of my worldly possessions grow from? ANYWAY. I wrestled with the teething puppy and fastened his Velcro harness to go for a nice walk in the 90210. No, I did not run into Dillan McCay or Donna Martin nor did I eat at the Peach Pit (stop asking me those dumb questions). However, when I turned our last block to walk home a tall, dark, long necked shotgun held by a police officer clothed in riot gear greeted Teddy Brewski and me. I stopped (as you do when you see a sight such as this) and the police officer continued to walk toward me. Behind the officer was a man in his early 60’s walking a big and very teeny, tiny dog. Behind them was another riot gear clad officer. At first, I thought that there might be some psycho killer on the loose in Beverly Hills 90210. So, the only reasonable conclusion to the story is:

Melany’s Guydline #36  – Don’t be alarmed when you see a shotgun wielding police officer escorting a man and his two dogs at 10 AM -It is award season and perfectly normal in the 90210.

BTW – I have not seen one movie nominated for that little Oscar person.

6 Responses to Melanysguydlines 2.0 Oscar Style -All snark, all true. One hit wonder too!