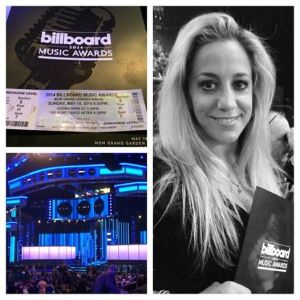 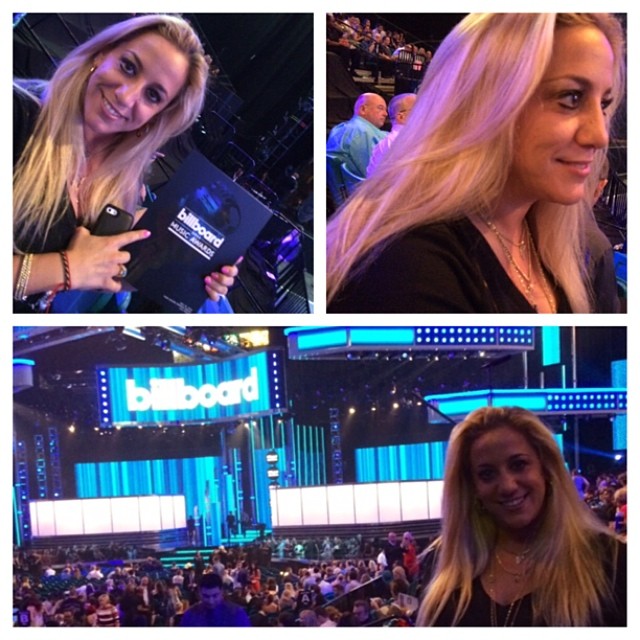 Coming from a music business background and working with real rock groups, it disappoints me the lack of rock and good music out there for young people to digest! I mean I can’t say Lorde is rock and is anyone else really ROCK N’ ROLL that was nominated in the rock category besides Imagine Dragons? Please, someone listen to radio and check out some rock groups that really rock? You know? 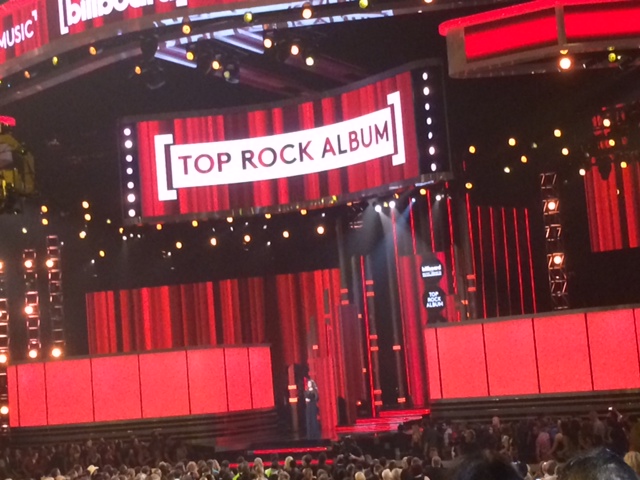 I totally recommend the aforementioned bands for you people but I am sure they are too heavy for most and my playlist would shock, scare you and probably severely damage your ears drums. But, it gets the aggression out and makes me work better, faster and longer.

This topic definitely calls for another post but let me just show you some pics from the Billboard Music Awards last night and give a quick (quick) recap. 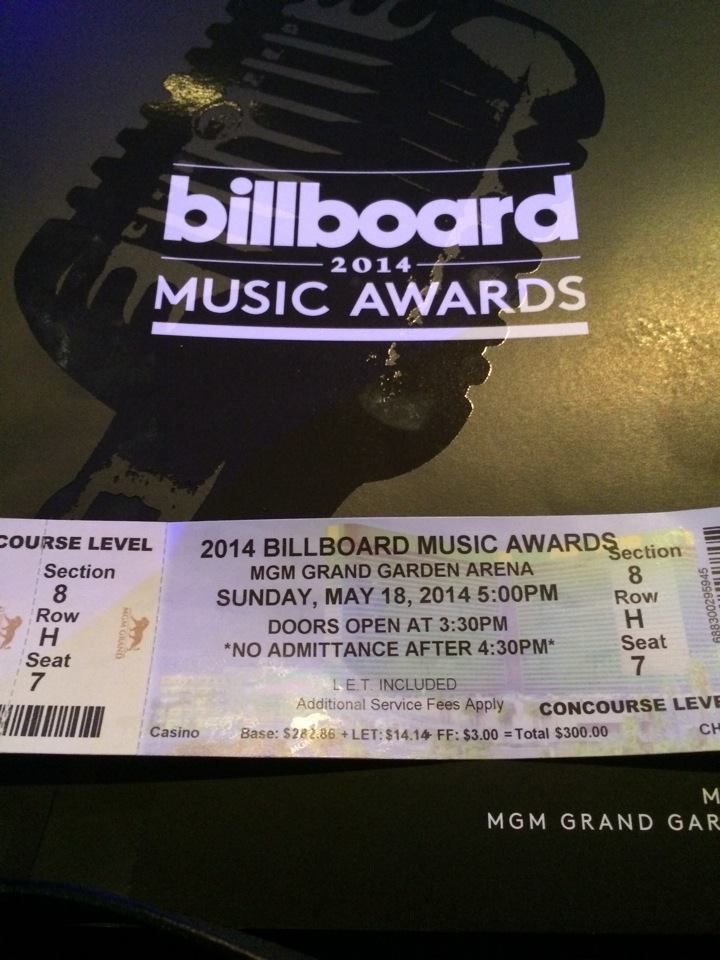 MGM Grand – Awesome place for a show or fight! Dig it and it is my home away from home so that helps.

Lighting was amazing. Check this stage. Stage lights were dope! 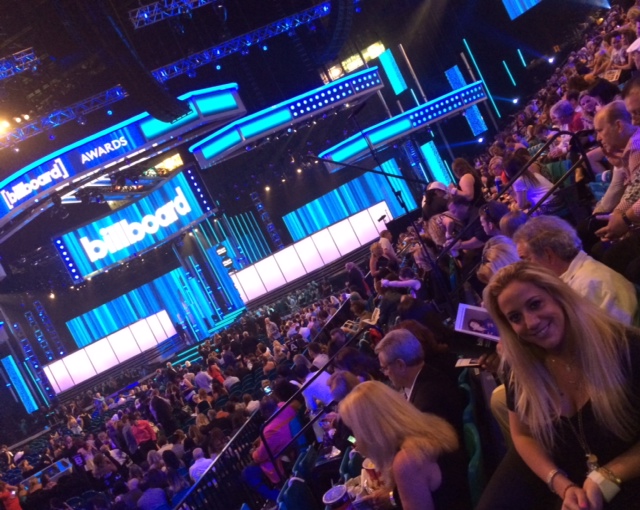 Sound – super front heavy and gave a weird feel to the room. It definitely had the stacks but they were all in the front so the sound was uneven sound at best.

Imagine Dragons won for best rock. They were the ONLY rock. They sounded good and heavy. I was also happy to see One Republic still kicking ass. Both these bands have come a long way. I worked with One Republic a while back and it is great to see that they have earned such a faithful fan base. Imagine Dragons are too Rocker (good thing) to rock the notoriously uptight LA/Vegas crowd. They need a rock crowd. But, kudos and good on them for thanking local radio (KOMP -Las Vegas – rocks and has introduced me to some of the best new ROCK out there).

There were way too many seat fillers being shuffled during the entire show that my ADD was out of control and my head nearly ripped off my body from trying to follow the madness taking place on the floor. Also, it should be illegal for girls wearing horrendous bandage dresses to be allowed on TV or in life for that matter. If you need to case yourself in your outfit like a sausage – it is too tight. If I can see up your skirt – it is too short. Stop! You are burning my retinas.

80% of the Performers and Nominees- I did not know ? of them and am sure I never will. Plus side for all the screaming 15-year-old girls was that there is a new band comprised of 5 year olds from Australia to fill in Justin Bieber’s place while he spirals downs the Hollywood Blvd of broken dreams.

A Kardashian was there. Not sure which one because she only said the following words in the mic, “I am not very good at reading” and that did not narrow it down for me at all. Put some clothes on and go back to school.

I loved seeing my favorite shark from the Shark Tank, Mark Cuban. His joke about the new product line of headphones called “Beats by Solange” was priceless but I am not sure the people in the crowd got it. I mean, Los Angeles is only a few hours away so would you be expecting any more?

Ariana Grande or whatever that girls name is? -She is so awful and I can never understand a word she sings (if you can call what she was doing singing). Plus, the octave she hit was not Mariah Carey but more like Scary Carey!

Katy Perry was Katy Perry weird. She sang happy birthday over and over and over and over and over again while doing some weird quasi lap dance that would have only made sense to the 14 year old girl receiving said dance if she was high on acid. That girl’s dad must have been someone very wealthy for Katy to dedicate her entire performance (if you could call it that) to just her? So, happy Birthday and thanks dad “I kissed a girl and I liked it” and it was your fault.

Ricky Martin, Shakira and J LO must drink some secret potion because they all look amazing. Not sure what it is – but I want some and a LOT of it. Double. STAT. 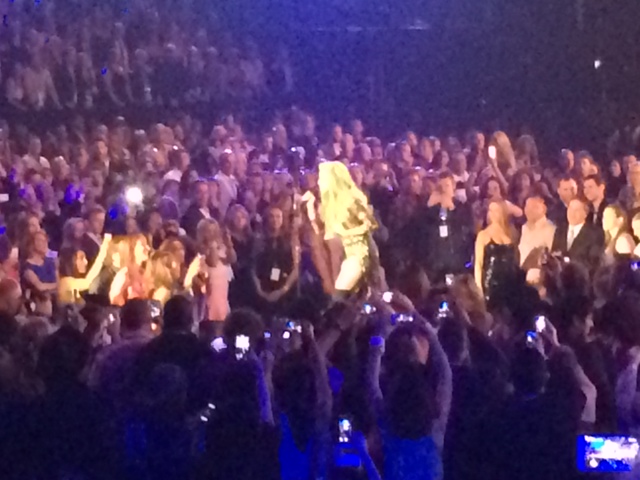 We left after they brought Michael back again but this time not really.
Why has Michael Jackson performed in more shows after his passing than when he was alive?

Not sure what happened next because we left, gambled……..and said thank you that we didn’t actually have to pay $ for our tickets.