Being a funny relationship blogger and dating advice giver, I am presented with various opportunities. Most of these things are ridiculous and barely make it into my inbox. But, I was given the chance to interview a total babe and of course I took it. You never know who you are going to meet or where, right? So, when I received an email from Antonio Sabato Jr.’s people of course I jumped at the opportunity to interview him regarding his new venture as a relationship blogger and online dating guru.

“Enter celebrity serial dater turned online flirting guru, Antonio Sabato Jr., who just launched his blog “Under the Sheets, Tips from a Celebrity Wing Man” in conjunction with AnastasiaDate.com to serve as a resource to help men get back what’s being lost in translation when online dating. This guy has dated everyone from Madonna to Jennifer Love Hewitt – he’s definitely worth listening to. ” 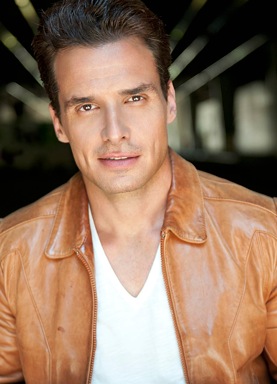 THE INTERVIEW:
Welcome to the world of relationship and dating blogging! This is an exciting area to be in and as bloggers we are all trying to cut out our niche in the relationship blogosphere. My blogs deal mostly with funny dating stories, advice and tips. The tone of my blog is in fact funny relationship stories because so many of the things men commonly do are comical. Maybe you can shed some light on what the hell men are thinking these days?

Do you think that the creation and anonymity of the Internet has given guys a pass to be not only boring and rude but also to ignore all of the common sense rules that, at one time, applied to dating?

I actually believe that quite the opposite is true! In an increasingly digital world, technology has allowed people to connect across the country and around the world with others they may never have had the chance to meet otherwise. Getting to know people who have different perspectives and worldviews from you can broaden your dating experience.

Believe it or not, most guys are really shy when it comes to speaking to women in person. Talking to women online first allows them to be more themselves, and it can actually enable their fun and true personalities to shine right through. Not only that, politeness and being interesting make women keep wanting to speak to you (and hopefully eventually meet), so there is definitely a weight placed on keeping this up. Rude, ignorant men won’t get the date—online or offline.

What do you think of online dating? Do you think that there are pro’s to it, other than the fact that you can pursue a few girls at a time?

I definitely believe that there are many pros to online dating. For one, I think that it’s pretty much common knowledge at this point that online dating is the most time-efficient way to narrow down options in hopes of eventually finding “the one.” We’ve all heard about people who have found their significant others through online dating, and in that sense, online dating is a good way to cut to the chase if you’re a guy who knows what he wants. You are able to find out through conversations whether or not you mesh well with a particular person, and you are less likely to waste your time on a relationship that won’t prove to be meaningful or lasting to you in the future. Online dating also eliminates the nerves that come with physical attraction and reveals whether or not you have something in common before bringing physicality into the mix.

Didn’t you do a reality show trying to find love? Wasn’t your mom on the show? How did that turn out? 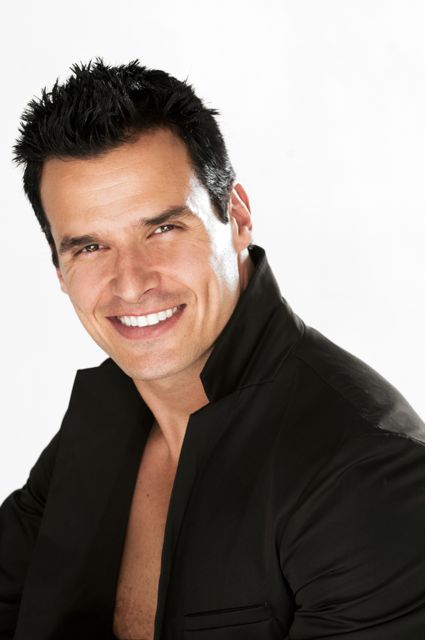 In 2009, I completed a season of my own reality dating show on VH1 called My Antonio, and it was a lot of fun! I had the chance to meet and get to know a ton of interesting, beautiful and intelligent women—and yes, I even got a surprise visit from my mom! Although I didn’t end up finding my wife until after the show, the experience was exciting and very entertaining to watch afterward.

What has made you enter the illustrious relationship blogging arena? What do you think so far?

Throughout my life and career, I’ve traveled all over the world and learned a lot from my past dating experiences with getting to know many different kinds of women. I know that the dating scene is tough these days, and it’s not easy to go out and meet the woman of your dreams at a bar or club in your neighborhood. I wanted the chance to open up and share some tips and advice from personal experience to ultimately help guys find someone special.

What is AnastasiaDate, and how is it different from all of the other dating sites? Are you on there?

AnastasiaDate is an online dating website that connects men and women from all over the world. While most dating sites are geared toward connecting people locally, AnastasiaDate kicks this idea up a notch by taking dating to the international level.

The kinds of guys who log onto AnastasiaDate are not only extremely smart and well-educated, but they are also well-traveled and adventurous, and ultimately looking to meet someone outside of their typical neighborhood dating pool. It’s a great way to expand your dating horizons and get the chance to meet someone you never would have come into contact with otherwise.

Do you think that women are intimidated by your lengthy celebrity list of past dates?

In the end, whether you’re an actor or a model or even a powerful executive at a big company, everyone has his or her own insecurities and flaws. It’s all about meeting the right person who knows and understands these aspects of you and learns to appreciate them, because they make you who you are. People shouldn’t be intimidated by the amount of dates that others have had in the past—in the end, the right person is out there for everybody. It just takes a little bit of patience.

Why do men say that they are “intimidated” by certain women?

I think that men are intimidated by certain women, because they know and understand that women are much stronger than men and able to solve difficult problems a lot more efficiently than men sometimes are. There are so many different kinds of women, and that was a big reason that I wanted to launch my dating tips blog—to help out those guys who do feel intimidated speaking with and approaching women in their personal lives. Some just don’t know where to start or how to approach them confidently, and hopefully I can teach them some of my techniques to improve their chances.

Why do men ask for women’s numbers online but then never call them? Do they just collect the numbers in a cookie jar? Are men afraid of the phone, and is this why they text women instead of calling them when given a phone number?

Most men are afraid of rejection, even though the reality is that it’s a part of life for all guys. The truth is that no matter how good your game is, how smart or handsome you are, you will get rejected many, many times. Some guys deal with talking to women better than others, so even though a guy might not be calling you when he has your phone number, don’t roll him out right away. Give it some time, and eventually he will most likely come around and become more comfortable with calling you and having a conversation.

How do you ensure that funny banter is not misconstrued as totally dorky and an absolute turn-off when contacting someone online? How do you say something funny, yet not creepy?

Let’s face it: guys try really, really hard to impress women, both online and offline. Sometimes, though, it may not come across as smooth as they would have hoped. Not all guys have mastered the art of conversation just yet, and the most important thing that guys can do is just take the time to listen and learn about the person they’re speaking with. It’s important to not just talk about yourself the whole time but also to ask interesting questions (but, as I said in my blog, not in rapid-fire succession) and be as engaging as possible. ??

Good that you are happily married. She is one lucky lady.
Right now, I am just thrilled that we got this far on our first “date”.
Thanks Antonio!!!!!

Antonio Sabato, Jr. is one of the hottest commodities to come out of daytime television, nabbing a series of prime-time roles and appearing in the most successful Calvin Klein underwear campaign in the company’s history. Antonio was recently seen guest-starring on the CBS hit CSI: New York and on ABC’s comedy Scrubs after completing the first season of his hit reality dating show My Antonio for VH1. He is also making an upcoming appearance on ABC’s Castle. Fashion designer Calvin Klein hired the actor in the summer of 1996 to be the company’s first celebrity model since actor Mark Wahlberg four years earlier. Antonio currently resides in Los Angeles and is the celebrity spokesperson for AnastasiaDate, where he has recently launched a dating tips blog to help people to find and maintain love in a cross-cultural digital world.

Melanysguydlines joins the Kardashians & Tom Brady on the Lango App!
Why Do People Like Memes? | Top 19 Reasons Why Memes Are Popular

10 Responses to Under the Sheets with Antonio Sabato Jr. 2013: Relationship & Dating Tips Interview