Here are some great tips from Laura for your guy! Remember….a man should be stylin’ too!!…. Take it away…… 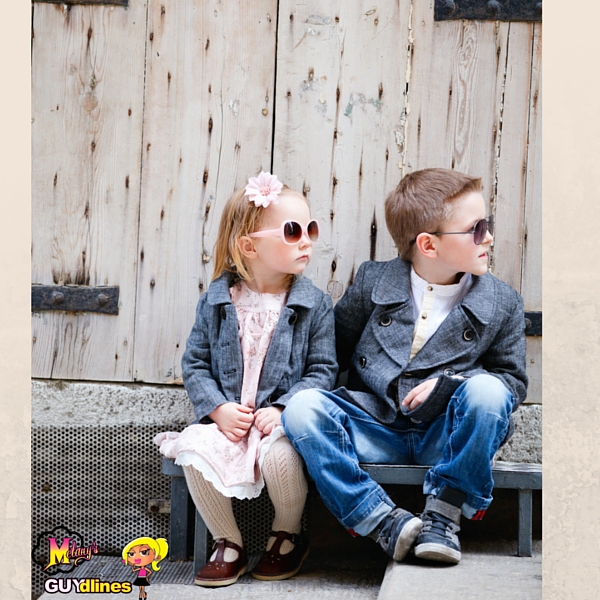 It’s an unfortunate truth that many guys simply don’t know how to dress well. It’s part of what makes them charming, but sometimes we’d like them to at least know how to make the effort. If you’re going to a formal event, you can feel a little uneasy if your partner isn’t quite dressed for the occasion. I’m here to help you give him a little advice and turn him into a style icon you can be proud of.

Where do we begin? Well, let’s start with the things you can change straight away. Hair being chief amongst them. With the advent of the 21st-century metrosexual, guys have grown more concerned with looking after their hair. It’s about time! Some guys even own their own pairs of straighteners and hairdryers now! Who would have thought that would happen a few years ago?

Some men, though, still haven’t got a clue. Quite often, you find yourself stuck with one of two extremes. Either they just let their barber thoughtlessly snip away without consequence, or they delay that haircut for far too long. Turn a negative into a positive – treat your boyfriend to an expensive haircut! You probably know more about hair than he does, so give him advice on what will suit his face shape.

Similarly, male grooming has become equally popular in recent years. Beards are on the rise thanks to a peak in trends, but some can be unruly. Nobody is saying there’s anything wrong with a little designer stubble, but nobody wants to go to a business function with a caveman! Buy him a beard trimming set and he can easily trim away to his heart’s content.

Next up, clothes. We see fashion a lot differently than men do. Where we see the opportunity for expression and statements, men see comfort. And that’s fine, in most cases. Hell, I’m even a little bit jealous! But sometimes the situation calls for something that has had a little more thought put into it. At the very least, your man should own a smart, tailored suit. He doesn’t have to be a fashionista every day, but at least capable of scrubbing up well.

Finally, let’s talk accessories. Oh, how we love them, right? Necklaces, watches, jewellery. It’s all gravy. Guys don’t see them in the same way, either. Maybe he owns a nice watch, but trust me; that’s more about convenience than anything. I guarantee he knows a damn sight more about TDP settings in single watch winders than I do!

Today, though, there’s plenty of men’s jewelery out there to help him look his best. Bracelets and necklaces are increasingly popular on men. Not to mention rings! Take him out shopping and help him pick out some new bling. He’ll certainly look the part at any event you go to.
Remember though, that all of this is superficial and in good humor! What’s important is what your man is like on the inside. If you’ve found yourself a keeper, make sure you don’t let go. Just give him a helping hand when it comes to fashion 🙂

Vizo & Waveborn Sunglasses Giveaway: 2 Winners, $200 Each Pair
Weird Things You Didn’t Know You Could do With Makeup

One Response to The Style Guide: Give Your Man A Makeover