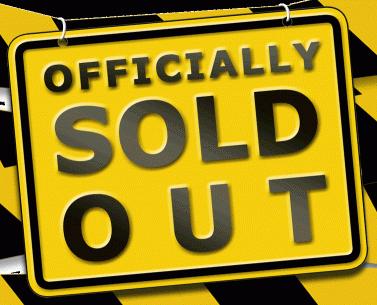 Rolling Stone magazine depicting the Boston marathon terrorist as a Rock star by giving him the cover is so un-American and definitely un-rock n’ roll. That cover is a coveted spot where kids and adults of all ages with a guitar, bass, mic or drumsticks, dream to obtain that honor. It is like making Majors in Baseball. Come on – rock is in the shitter and now rock journalism too? I am all for freedom of speech (obviously) but Rolling Stone has sold out to sell out magazines. It is one thing to make money but another to capitalize off the deaths and injuries of innocent Americans. America is rock n’ roll and apple pie but the terrorist Dzhokhar Tsarnaev should be anything but glorified on an American publication. Is that a complicated thought? NO!

Now, what do Rock stars have to look forward to after tainting this cover? Sharing the cover title honor with a terrorist? What about copycats? Do people ever think before they do, speak or write? It is like the YouTube videos that show kids how to make meth. It is insane! Kids are looking at this cover and thinking if they blow up a bomb with a lot of people nearby they can get the cover too?

The way in which he is posed in similar fashion to Jim Morrison is disgusting. At least cross out his face or put x’s on his eyes, but for that matter it shouldn’t be there in the first place. Having a picture that looks like he was posing for a sexy photo shoot is not OK. Terrorists are not sexy.

Yes, Charles Manson was on the cover in the 1970’s but that does not make it right. At that time the influence and number of readers was not nearly what it is today. Two wrongs don’t make a right! Didn’t your mother ever teach you that?

Being from San Francisco I have a lot of friends with extremist views. I choose to agree to not talk politics with friends or on dates. But, one thing I think all of us as Americans can agree on is that we are pro-America and this bomber is anti-America and should be anything but idolized.

I love the music business and for all the ups and downs we had together while working with some of the greatest musicians of all time. Rolling Stone was a bible to me. But, this makes me ashamed to say that I worked in the business. First it became smaller in size and now smaller in judgment. No wonder why I stopped my subscription a year ago (and for the fact that there is no more good new rock).

Can’t Rolling Stone go back to what they used to do in 1985 and feature some hot pic of Brett Michaels, hair helmet sprayed with aqua net and his makeup applied flawlessly? In my opinion, these were the best covers and types of people they should have on the cover, you know, Rock stars?? Good looking- Rock stars (even though that is hard to find now -all these lead singers are so ugly now but that is another blog post).

Those are my two cents about the topic. Sorry to get serious here but I thought it should be written and it is too long for a Facebook post or a Tweet.

Wonder who will be on the cover next….

7 Responses to Rolling Stone: Selling or Selling Out?