The week of Passover and Easter is upon us and I really need some rock n’ roll in my life right now. That ALWAYS seems to (almost) cure feelings of disappointment in the people and situations around me. This year is no different; it is TIME to go back to Las Vegas for Def Leppard in my ears and rock in my veins. One thing is for sure; they were no one hit wonder! 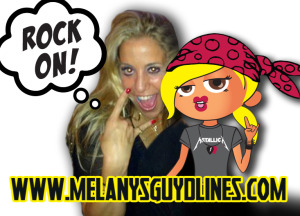 Rock Rock Til You drop!

They just don’t make rock n’ roll like Motley Crue, Guns n’ Roses, or Def Leppard anymore. I wish the old men in the music business would retire and let some new blood take over and sign some real bands that won’t haunt a house (remember the times when lead singers were good looking and you wanted to put their face on your walls?) At least Las Vegas knows how to party and has been a rockers destination with rocker residencies for my favorite bands. Def Leppard – hang on, I am coming! Who is next? METALLICA – get’s my vote. Would love to see the pyro at those shows.

I was first in line when I heard that Motley Crue was doing the first ever rock n’ roll residency in Las Vegas. This was a groundbreaking event for rockers around the world. We no longer only had the option of just seeing Elton John or Celine Dion with our parents for a show night out. Now, rockers of the world were able to unite at the Hard Rock Hotel and Casino’s Joint to rock out to our favorite anthems with a bunch of other rock revelers. I joined my fellow “Crue Heads” and definitely participated and left my “Shout at the Devil” and loved every minute of it.

I no longer needed to pack skin tight dresses (that would fit a 5 year old) with 5 inch stilettos but traded that Vegas uniform the much more rock appropriate tight black pants, high boots, tank and a ton of jewelry.

Next, the unimaginable happened! Guns n’ Roses joined Motley Crue in the historic event of bringing unadulterated pounding rock n’ roll to our ears for another residency in Las Vegas. Sin city was the perfect fit for Mr. Axl Rose himself and his lengthy rendition of  “November Rain”. He has never been known to be punctual and what better town than Las Vegas for him to perform without the worry of going over curfew. Axl rocked the Joint every night and did not disappoint taking me down to “Paradise City” (aka Las Vegas). He looks a little worse for wear but he can still rock a crowd. You know what they say if you can remember the 1980’s you weren’t really there. Judging by his extreme weight gain, I think Axl probably forgot a bit of the early 1990’s as well.

Def Leppard was an obvious choice for the next great band to take over the rock residency reign. This band has the most songs with the word “Rock” in their lyrics and/or title (just count! – I did). They earned their spot in rock n’ roll history for many reasons. My prediction is that the residency creatively called, “Viva Hysteria” will not disappoint and will make all of you fans “Rock, Rock Til You Drop” and leave you wanting them to take a “Photograph” so that you never forget the day you experienced one of the greatest, hair bands of all time in a small venue in Las Vegas. Def Leppard always puts on an amazing show and I will be there with my rocker boots and proudly waving my Dio Horns in the air. The shows are from now until April 10, 2013 and I need a date because it is never “Too Late for Love” in Las Vegas.

Not only will I be at the show but I have heard that Def Leppard is taking the residency one step further than Motley Crue and Guns n’ Roses. This is not like other fantasy camps with unknown musicians showing you how to strum a few chords. From April 4-7, 2013 I can be a part of Def Leppard and actually participate in Fantasy Camp with the actual members of the band. Now that is enough to cause absolute “Hysteria” for me or any other die hard rockers! ROCK ON! OMG! I want to play the drums. Always tell my friends that drummers are the craziest because their parents must have been nuts to let them have a drum set in the house.

8 Responses to Rock! Rock! Til You Drop