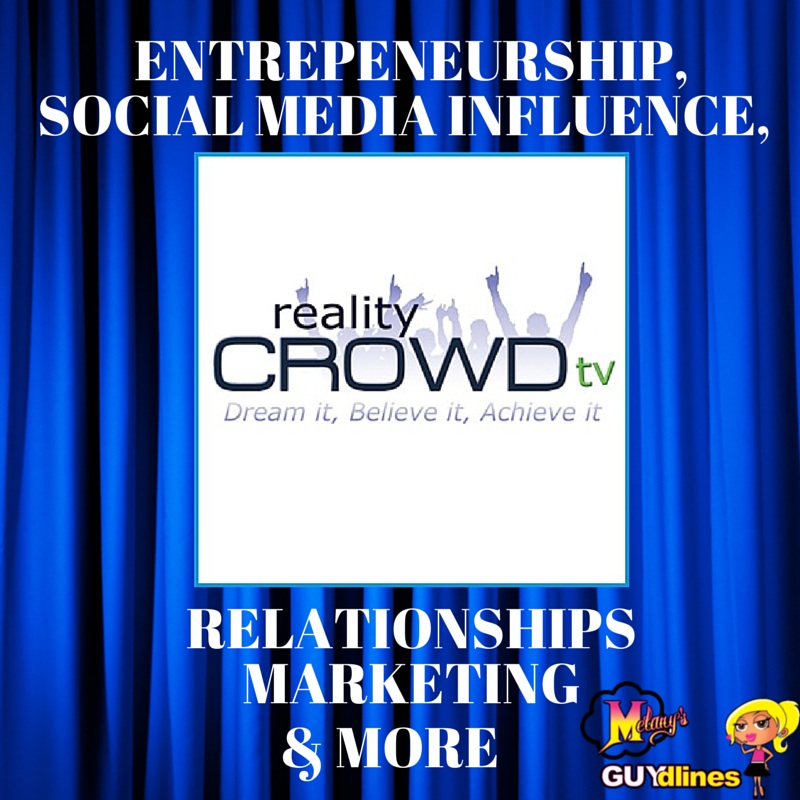 The social media world is vast and offers so many opportunities I wouldn’t otherwise have without this blog and MelanysGuydlines channels. This morning I was honored to “hangout” as guest on Reality Crowd TV discussing crowdfunding, entrepreneurship, and relationship marketing in social Media & PR. The only catch was we taped via Google Hangouts and most guests were on the East Coast. As you know, I am somewhere in the world but on the West Coast. So, when I woke Teddy Brewski up at 5AM to take him for a walk and it was pitch black in the desert – he was a bit confused to say the least. However, we did pull it together enough to get on air and sound and look somewhat awake at 6:30AM PST. Too bad the sun did not actually come up until midway through the taping but that is what happens on live shows, right? Teddy Brewski also made his first appearance on Google Hangouts and I think he sat pretty still. Now, if only I can find a man to train and act so well behaved.

I was honored to “hangout” as guest on Reality Crowd TV discussing crowdfunding, entrepreneurship, and relationship marketing in social Media & PR

Thank you to everyone who joined us live and for those of you who were sleeping like a baby (following the celebration after last nights MadBum beautifully pitched winning World Series over the KC Royals) don’t worry because we taped it for all of you to see.

It was a pleasure meeting and hanging out (virtually) with these social media thought leaders and influencers this morning.

Watch it! Thanks to all who tweeted and emailed me already in response to the show. Let me know if I can offer any other snarky nuggets of knowledge to you! Don’t be shy…I don’t bite……but Teddy might.

LMK if I can offer  snarky nuggets of knowledge to you! Don’t be shy…I don’t bite……but Teddy might.

Why People Like Memes III: Tired and Lazy
It’s A Bird, It’s A Plane, It’s A Zeusvision Bus : Larger Than Life Creative Ads For You & Me