Sometimes the best days and nights happen when you least expect them. We all know that I am totally OCD, ADD, a neurotic planner and write lists for my “to do” lists. But, there are those rare occasions where I am asked to do something that is not listed on my Icloud calendar and I suck it up, throw on a snarky outfit, paint on my Bobbi Brown black eyeliner, layer my Lancome mascara, drape (what some may think is too much gold around my neck aka Mr. T), grab a bling studded Valentino purse, paired with way too tall stilettos (not recommended for the faint of heart) and jump in an Uber and go with the flow. What did I do? I went to the Barrett-Jackson car show in Scottsdale. 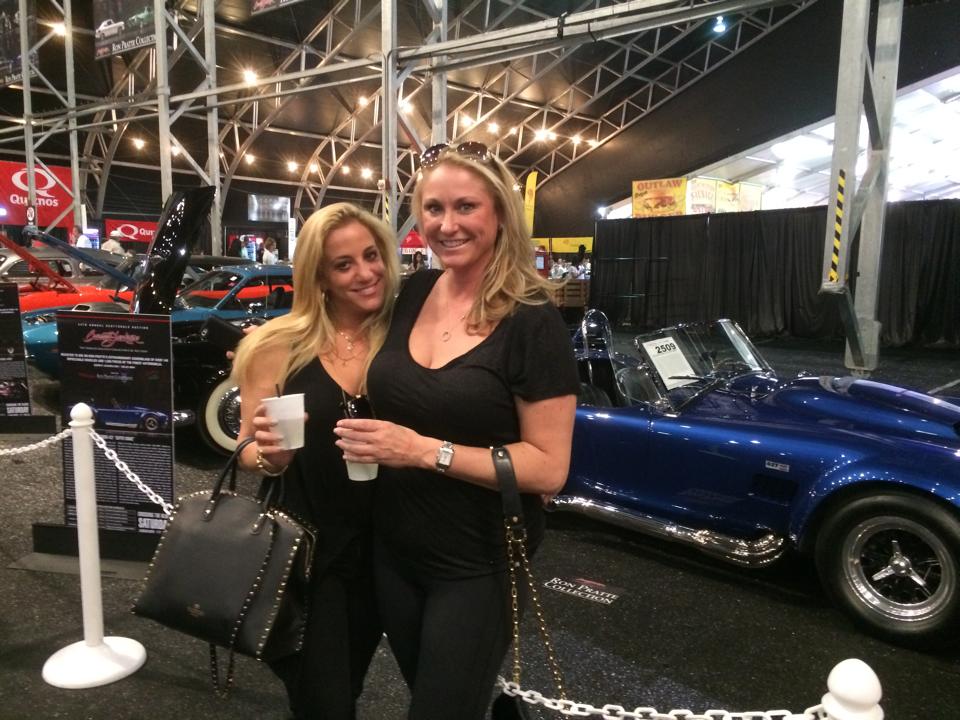 I am a car lover – for sure. A huge fan of BMW M3s and my relationship goes way back with that automobile. But, I do love classic vehicles and this car show did not disappoint. It was like a fair/car show/concert/bar/shopping extravaganza on acid. Old and new, cars and people supplied my people watching fascination with more than my big brown eyes could digest. At some points of the show I thought I might turn into Linda Blair and my head could fall off my body. 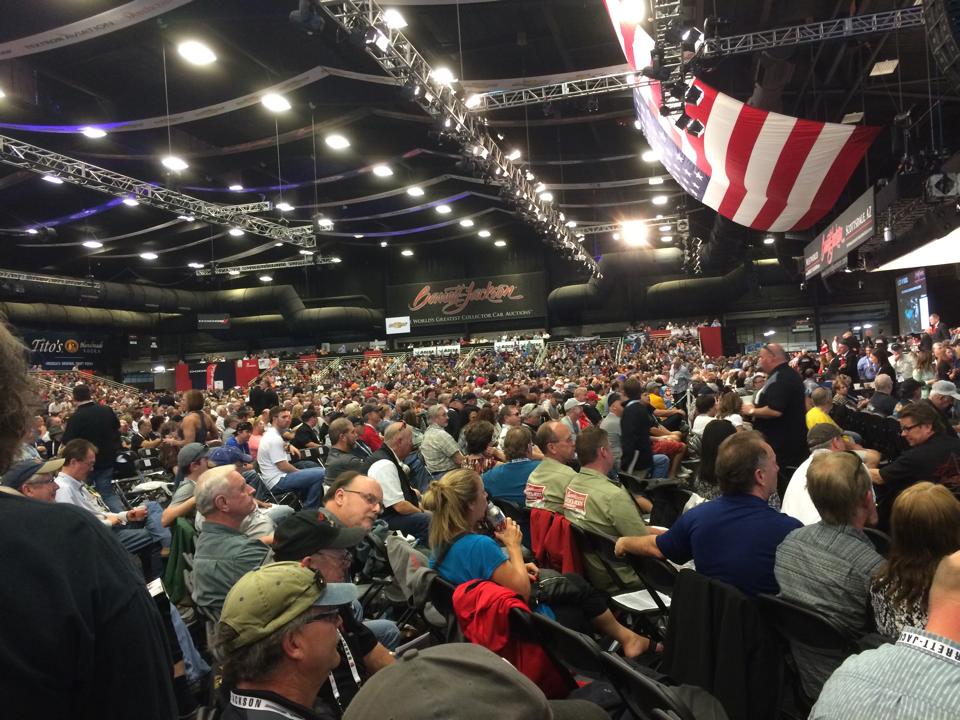 Was even bigger in person! 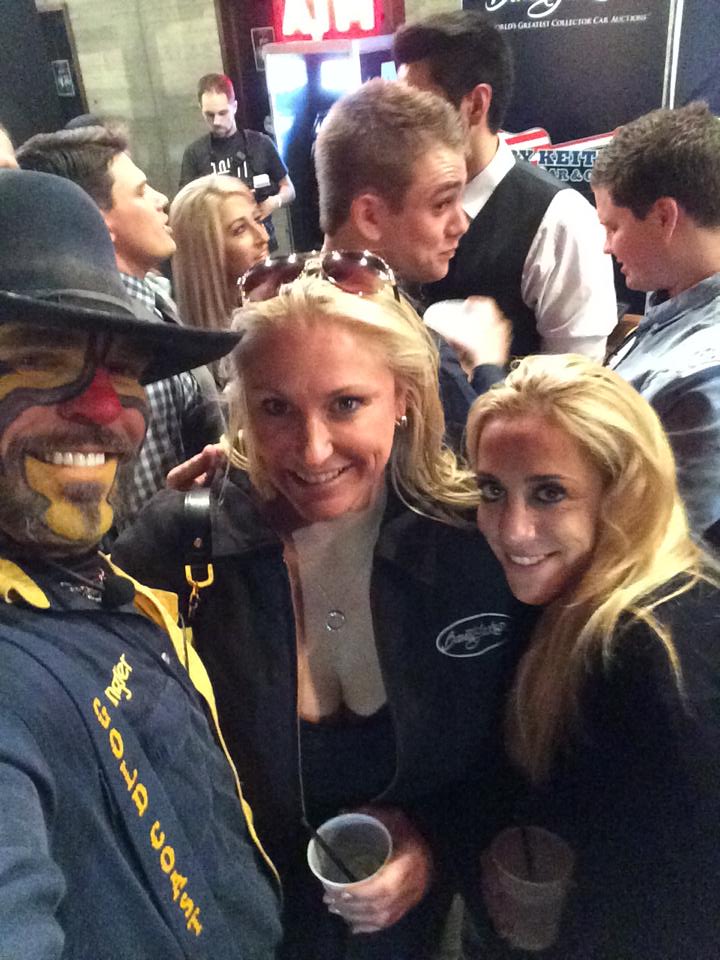 I think this guy was a clown or part of a rodeo? 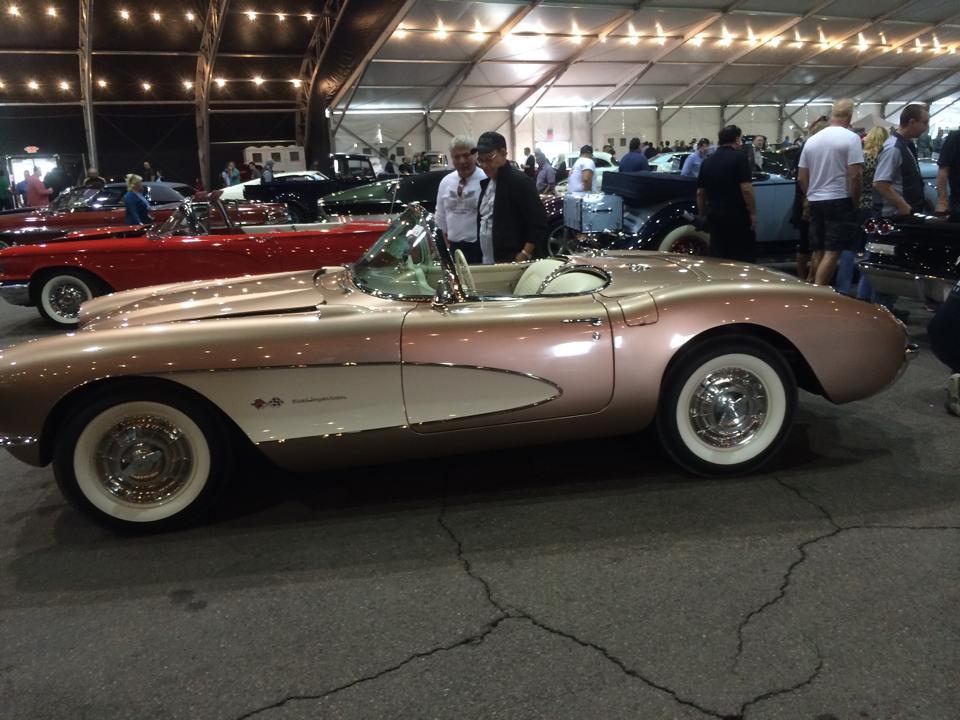 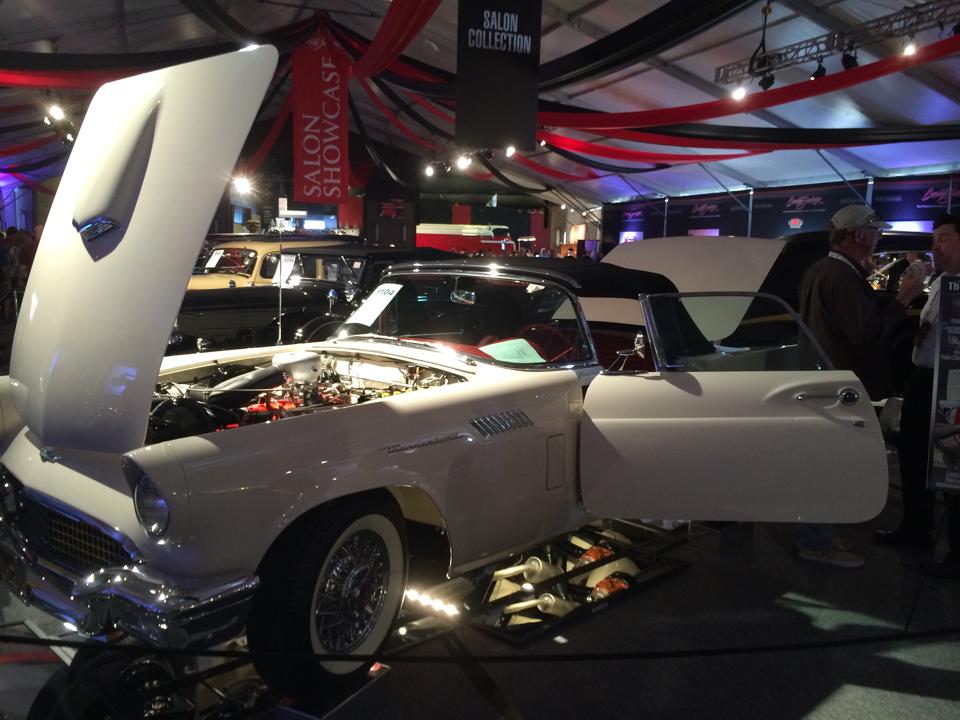 I know this is a ’56 Tbird because the fins told me so! 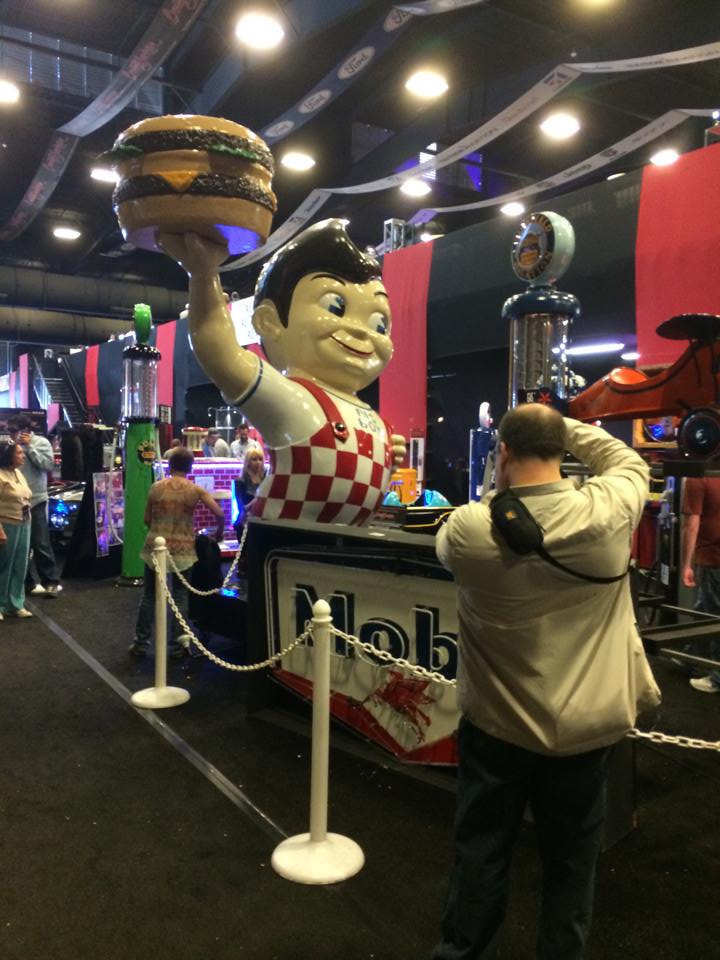 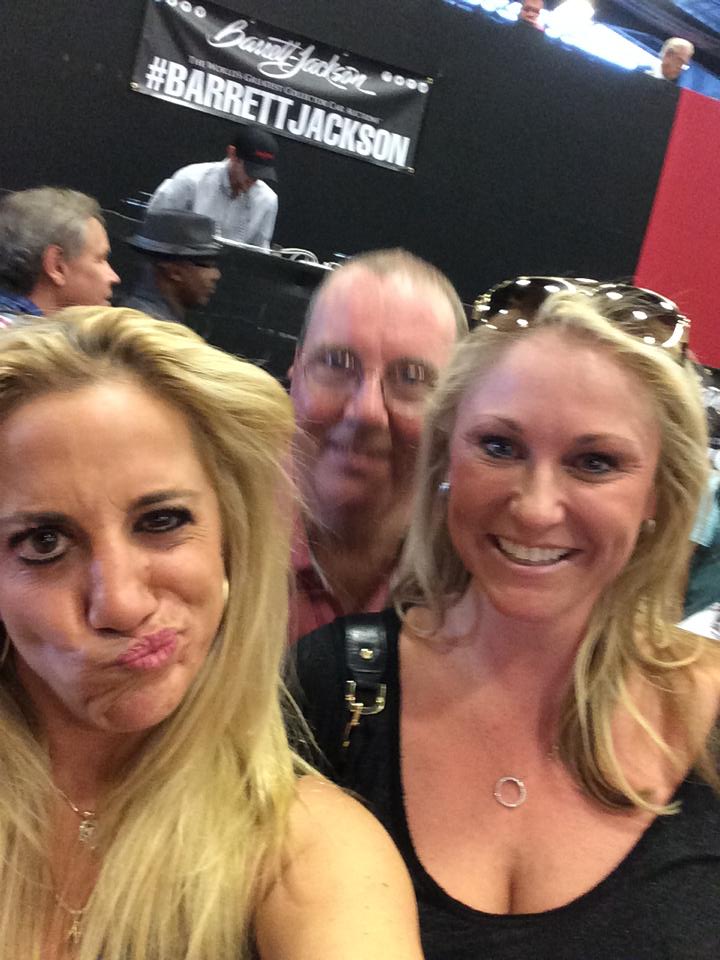 I know this is a ’56 Tbird because the fins told me so! #barrettjackson

The car show had everything! If you wanted a chair for an office – they had it. 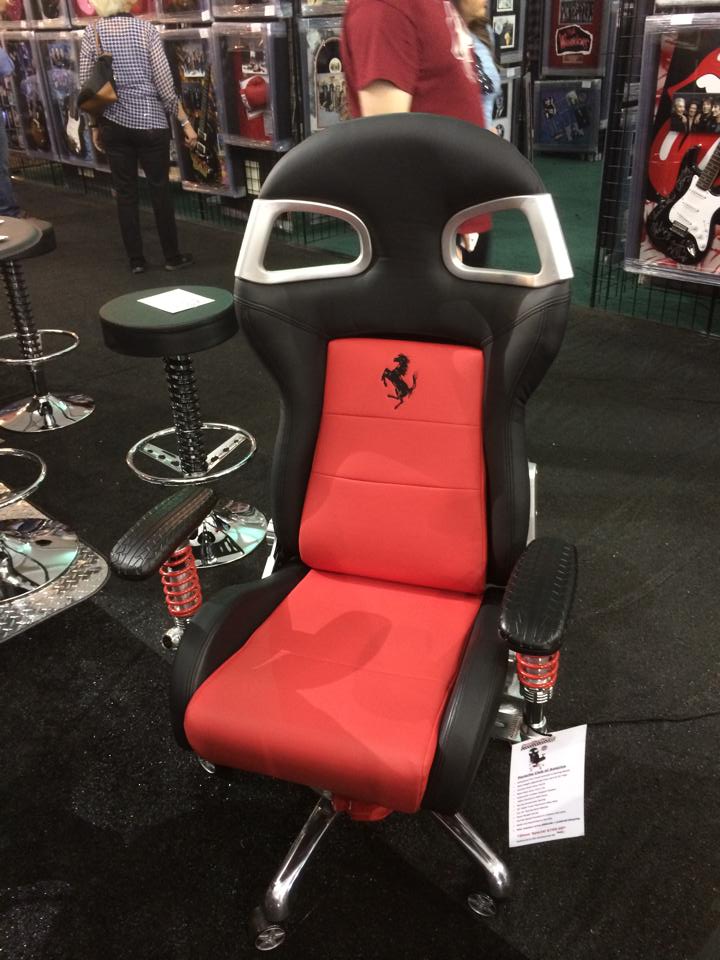 I want! But, with my snarky MelanysGuydlines logo!

Cool art from some of my rocking bands – check. 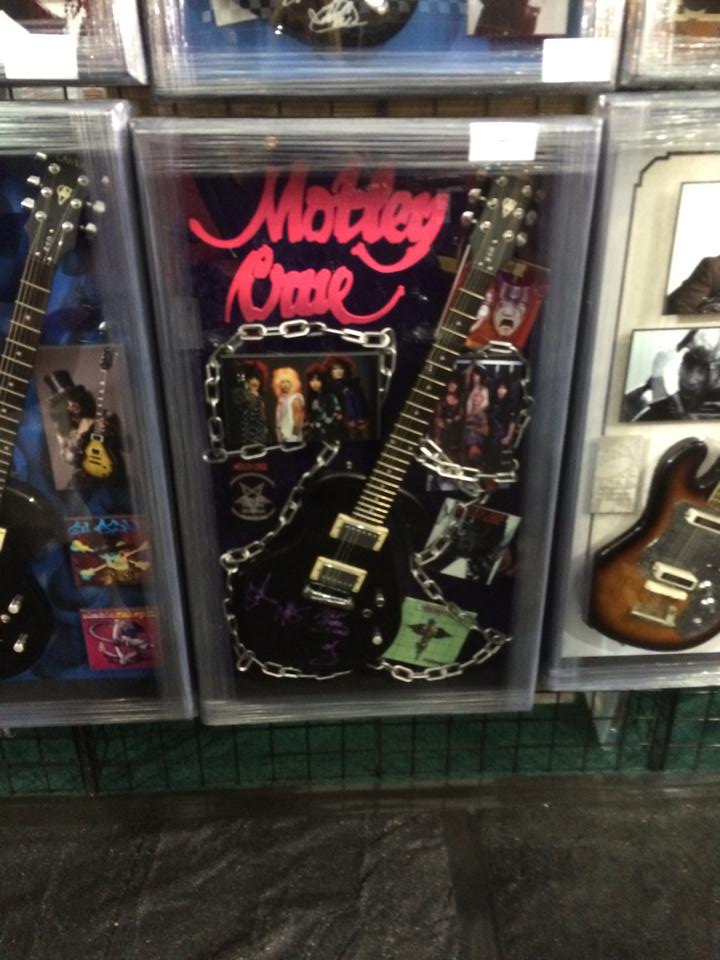 Airplane simulator, the biggest BBQ turkey leg set up I have ever seen and (even Fred Flintstone would be impressed), Bob and his Big Boy, cars for horizontally challenged people (like myself), fried pickles, country bar in the venue, rock on the other side, a racing track, a lot of cigars, plenty of alcohol and even a mattress to park your ass after consuming a plethora of beverages. Not sure why else someone would buy a mattress at a car show but there were sure a lot of people napping on those things. 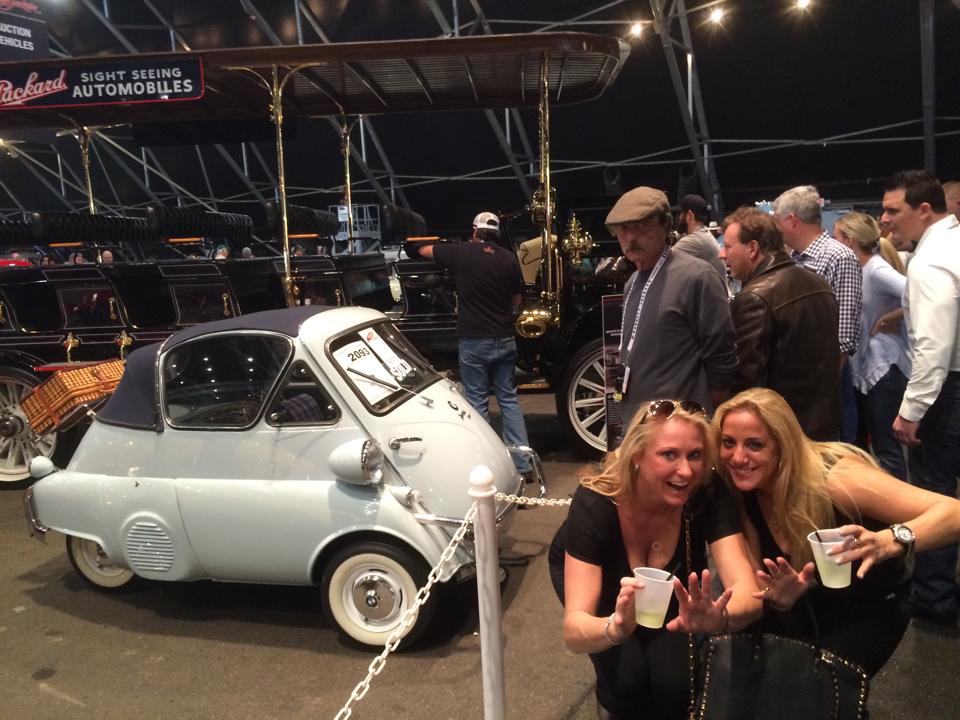 Did I mention the “people watching” was beyond awesome? Well, some of the auctioneers were Sharon Stone and Alice Cooper. I heard Cee Lo Green and his freakishly small hands made an appearance.

I heard Cee Lo Green and his freakishly small hands made an appearance. #barrettjackson

Plus, I saw Michael Anthony who was the bassist from Van Halen when I worked for the band. He was one of the nicest guys I worked for in the ten years I worked in rock n’ roll! Just another musician that got screwed in the music business when Van Halen’s business people thought it would be ok to swap his face with Wolfgang Van Halen on the album artwork to let him know he was fired. NOT COOL! I digress. Anyway, it had been a long time since we had seen each other and the only thing I could think of doing is flipping him some Dio Horns and giving him the rocker nod. He nodded back!

I totally wanted to go back on Sunday but I could not even move my toes from the aforementioned and not recommended stilletos on my feet. However, it is such a small world that after I uploaded some photos on Facebook I was tagged in another photo. I vaguely remember making fun of a selfie stick and photo bombing these people. The problem is it is hard to remain anonymous when you blast stuff on social media. I got called out! TOO FUNNY –yep that is me in the back! 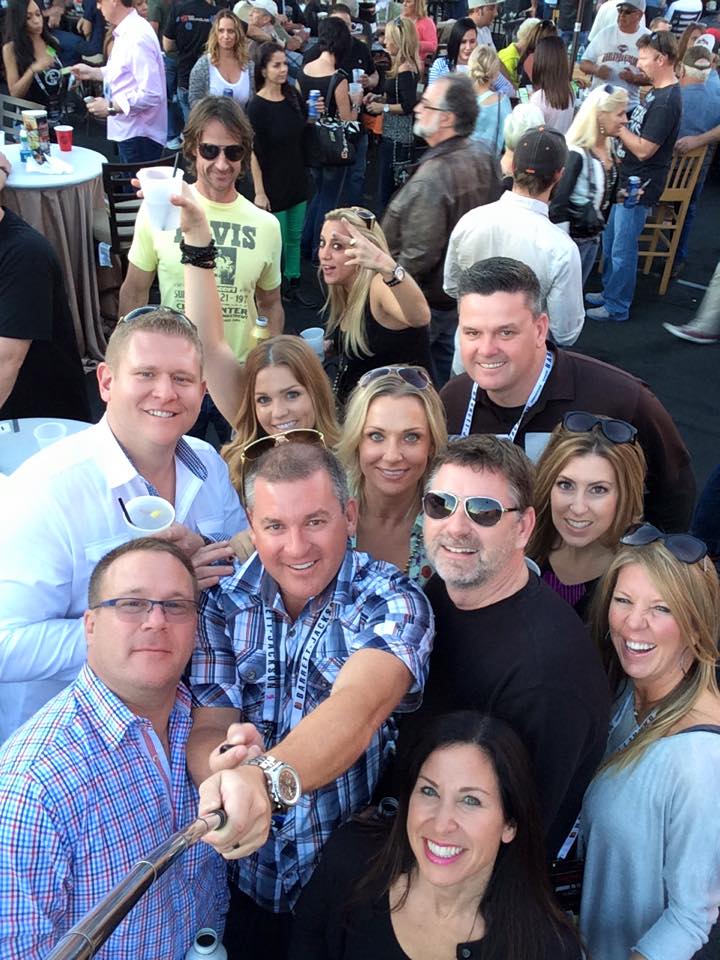 If Barrett Jackson comes to your town – Go. This is not a sponsored post but I had such a blast that I had to share it with you!

If Barrett Jackson comes to your town – Go. This is not a sponsored but I had such a blast that I had to share#barrettjackson

And remember…..sometimes it is best to just go with the flow and great things truly present themselves when you least expect it.

BONUS: I wasn’t even THAT hungover and was able to write this post for you!

Know What You Know. Know What You Don’t Know And Learn That Too!
Keep Your Super Bowl Beverages Cold Through Halftime: Win $85 Of Corkcicle Products

4 Responses to My Love Affair With Cars: Barrett-Jackson Scottsdale

Leave a Reply to Cary Click here to cancel reply.