It’s Sunday night and I’m caught in a deep internet rabbit hole.  You know, the kind of night where you spend two hours recollecting the demise of Pauly Shore or scaring yourself into believing that Andrew W.K. is the antichrist.  This time, it’s a much darker and more shameful place — checking up on ex-girlfriends on various forms of social media.

This one has a new dog.  This one has a new….HUSBAND!?  I’m happy to see everyone’s moved on here…(Seriously Matt, it was junior year of high school.  Did you think she was going to propose to you sometime soon?)

And then something strange happens.  One (Let’s call her Amy) has disappeared from the grid.  Except she hasn’t.  She’s there but suddenly digitally unattainable.  I can’t message her, friend request her, or even look her up.  I sit at my computer for a good 30 seconds and wonder if I forgot how to internet.  Now I’m the type of guy who loves to keep close ties with girls after I’ve broken up with them, because I’m an asshole like that.

No I don’t want to be your boyfriend anymore…but you wanna go get drinks? Recall I don’t have any other friends because I spent the last year sitting on a couch with you. 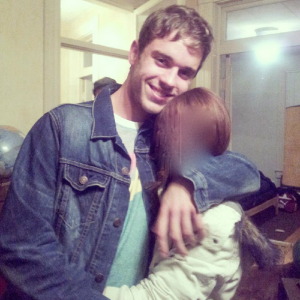 So naturally, I’m alarmed when Amy can’t even stand to connect with me on the most impersonal medium on the planet.  Does she hate me?  Does she love me?  Am I not as funny on Twitter as she said I was when we were together?  Worse yet, does she think my music recommendations are bad?  I guess I’ll never know, and thus a parasite has been inserted into my brain.  I refuse to believe that I’m so detestable that I’m unfriendable post-relationship.  Perhaps it’s time I examine this on the larger scale.  To do that, I’ll need to go back and objectively examine how I’ve handled myself in the delicate confines of romance, and identify the mistakes (for your reading pleasure):

The First Love:  Never mind the fact you wouldn’t know where to find an erogenous zone on a female without the help of a blueprint, your heart just isn’t ripe yet, man.  There’s been puppy love that put your emotions in a vice grip in the past, but this is different.  This is psychological.  Literally, there is mind reading involved in this relationship.  So what’s the obvious next step?  Let’s get it all out there.  I Love You, Angela, and I want to spend every second getting to know you.

Verdict: WRONG.  Because Angela is incredibly sharp (duh, you fell in love with her didn’t you?), it takes her about 90 seconds getting to know you, because you are the less smart one.  Additionally, because Angela has a heart, she couldn’t possibly dump your sappy ass now.  You can imagine how the next…2 years go.

The “She’s All That”: She’s the girl in high school you hardly noticed.  While you were getting thrown out of band practice for locking people in the tuba closets, she was making beautiful music among the rest of the woodwinds.  While you were busy being a high school douche (SPORTS. IZ. LYFE.), she was stacking academic scholarships like poker chips.  As these things tend to go, high school is an enormous mis-representation of the real world, and after that cap hits the ground, the societal totem pole that you worked so hard to climb follows suit.  Except somebody forgot to tell you that.  So when your finally struck by her beauty like you should have been years prior, it’s pretty much smooth sailing from this point forward (Right?). You stroll over and smile, knowing she knows who you are.  When she stalls, remind her – but only slightly.  “It’s me, Matt”.  She knows your last name, shes just pretending.  But goddamn if that puzzled look isn’t convincing.

Verdict: Wrong again.  You may eventually convince her that you were the interesting guy from the drum section in band class, but you’re doomed.  Just like when your friends couldn’t bear the possibility of you dating outside the circle when you were 15, her brain can’t possibly bear dating your ass when she still remembers you as that guy from high school.

The Younger Girl – Jesus.  Just don’t.  She’s going to invigorate you in ways that nobody had prior, but this is a game to her.  Do you hear me? A GAME!  There exists a reality for specific age groups where you can get the younger girl because you’re well….older.  It can fall in your lap, quite literally.  Here’s the thing, love isn’t meant to come easy.  It’s likely you’re compelled with each other for completely superficial reasons, so just save yourself the time.

Verdict: How about older?

The Older Girl – I recall a story from middle school that is steeped in some realities in my mid 20’s.  A good friend of mine, Gil, was hand picked from the grade above us as the next up and comer, so to speak.  Gil definitely wasn’t a bad looking cat, but the timing of it all seemed curiously random.  Gil wasn’t lighting up scoreboards or shredding a guitar, so why was this strangely unrecognizable 8th grader tagging Gil as her sudden boyfriend, effective immediately?  Needless to say, Gil was fucking thrilled, because dating a grade up at that age was like winning the lottery.  Fast forward to more recently.  I knew Wendy from years prior, but only by reputation.  She hung out with guys a little bit cooler than me, mostly due to the fact they could drink one year before me.  Does Wendy posses some sort of innate wisdom that I don’t because of her age?  Of course not, she’s only 2 years older than me.  But don’t tell Wendy that, because she might as well be babysitting me in her mind.

Verdict : You should have been able to figure this out when Wendy was playing Gil, bro. 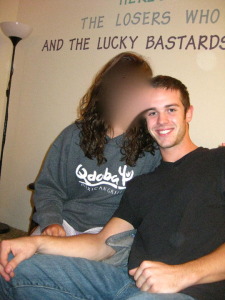 The Girl on the Internet – You’ve “met” her, but haven’t really.  Your conversations are off the charts, though.  Then again, when you get an extended period to ponder your thoughts before you hit send, it shouldn’t be surprising that you’re suddenly charming and hilarious.  (Tip: Adjust accordingly in real life)  In the same vein, you control the image that’s projected on her screen when she’s creeping your Facebook, and vice versa.  Are you sure she’s a hottie?  Are you sure shes not…90?  No big deal, the circumstances are low risk, and you’ve both been through your share of shit.  Relationships generally haven’t worked out for either of you to this point, and it’s probably time you both just stop trying to force things.  Recall the old adage about finding love when you’re not looking for it?