Matchmaker, matchmaker, make me a match, make me a match, and don’t make him a snatch. Please don’t show me a picture of a man wearing a black top hot, holding a cane (and try to convince me that he is cute-when it is not) or ask me if I would go on a date with the FATHER of a guy I did not want to date because HE looked too old for me (so of course his FATHER is WAY too old for me, OBVIOUSLY). I don’t want to date a man who weighs more than “Free Willy”, and lisps when he tells me that “thusie thells theashells at the thore” when I know Suzie and she doesn’t live anywhere near the shore (and hates shells). Bald men are ok unless they shave their whole body and are more slippery than a slip n’ slide. BTW….When did I ask to date someone who has red hair? I don’t trust those people and they are strange – DANGER! Stay away!

So, Yente (loved you in Fiddler on the Roof), the only reason I agreed to meet you is that you came highly referred to me from the “matchmaking grand poo bah” Patti – herself. You were quite convincing with your fancy IPAD filled with pictures of models that I could (never) potentially date (because they don’t eat and I like food). Your grandiose promises of parties and finding a husband in a few months. The biggest red flag should have been that you are single yourself (hello?). How dumb am I to trust someone that doesn’t have anyone, to find me the right one?!! I should have kept my money and left the fixing up to my mother and all the yentas in temple that have nice Jewish grandsons and actually know someone that has a nice Jewish grandson (they never run out of those people who think they know a nice Jewish boy at temple).

However, Yente, I did learn a lot from our relationship. The 1 (one) man that was actually ok (enough) to go out with (we will call him “Brock”) was a repeat offender featured on www.dontdatehimgirl.com (real website – I suggest you use it too). I should have done my research on this site before going out with “Brock” (or anyone as a matter of fact). Needless to say, I would have known that he was not worth my extra time getting ready. I could have shown up in a pair of lulu lemon pants and he would have never noticed. If I would have done my due diligence research (on this A-M-A-Z-I-N-G site), I would have been forewarned that the guy was in fact not interested in me but in our very nice waiter, Fred. Fred was great (and my date made a point to tell me Fred was great but needed to lose 5 pounds). He actually told me that Fred needed to lose 5 pounds. I thought it was so weird that he said he needed to lose EXACTLY “5” pounds! (not “3” or “4” pounds because how does he know what “5” pounds looks like) more than the fact he was not interested in me. The date ended shortly after this interaction and the discovery that my date was in fact gay. What a great matchmaker?!! This guy was absolutely terrible but I DID find the most amazing research site on the Internet for all the un-dateable guys (which I have dated nearly half of already). I am actually thinking of submitting some of my blogs to the site as a guest writer. Thank you for that.

Matchmaker, matchmaker, make me a match because I am a catch and live in California. You do know that right? I appreciate you wanting to set me up with a doctor but it is not convenient when he is located in New York. Yente, I know that you are blond but you are aware that we live on the West Coast and New York is on the East Coast. So, the next time you ask me if I would date a guy in another state, please be advised that I live in only 1 state and do not plan on moving anytime soon. Lastly, I play sports, watch sports and listen to rock n’ roll. So, someone that has never thrown a ball, only watches golf, and enjoys listening to classical music is not a match. Opposites do NOT attract when they are not the same and have extremely different taste or are too SIMILAR (and like the SAME GUY named Fred). 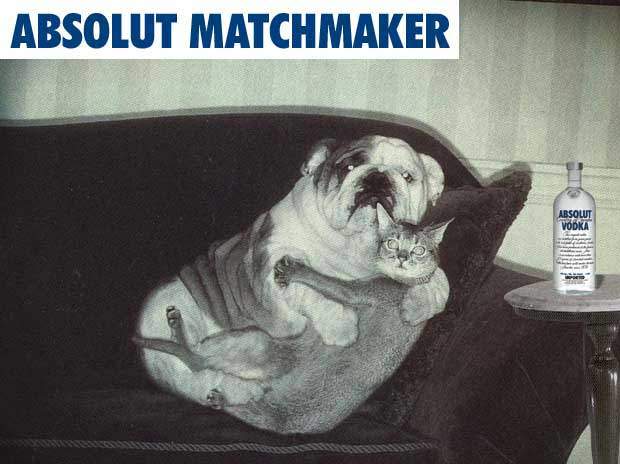 Melany’s Guydlines #13 – Do your research before going on a date (even if you are set up by your matchmaker) because he may be featured on dontdatehimgirl.com (and you can save your expensive fake eye leashes and best skinny jeans for a man who actually wants a WOMAN).