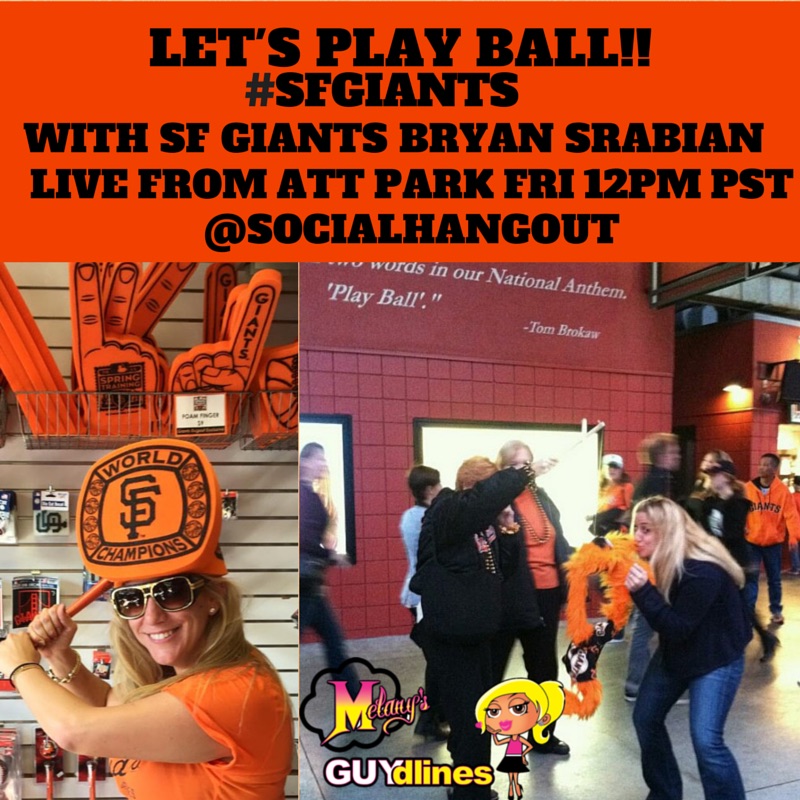 I have Matt Williams rookie card in mint condition. My sister was the only girl invited to Barry Bonds birthday party when she was 7. My mom bowled with some of the wives from the SF Giants team circa 70’s and I learned how to fire a softball from the hot corner when I was just a little, snarky one. I grew up playing every sport under the sun. By the time I was in high school, I was an annoying date for any baseball game since I had the ability (and still do) to call pitch location before the catcher sets it up. I was siting behind home plate when Matt Cain threw a perfect game for the first time in SF Giants Franchise History (and have the pictures to prove it). 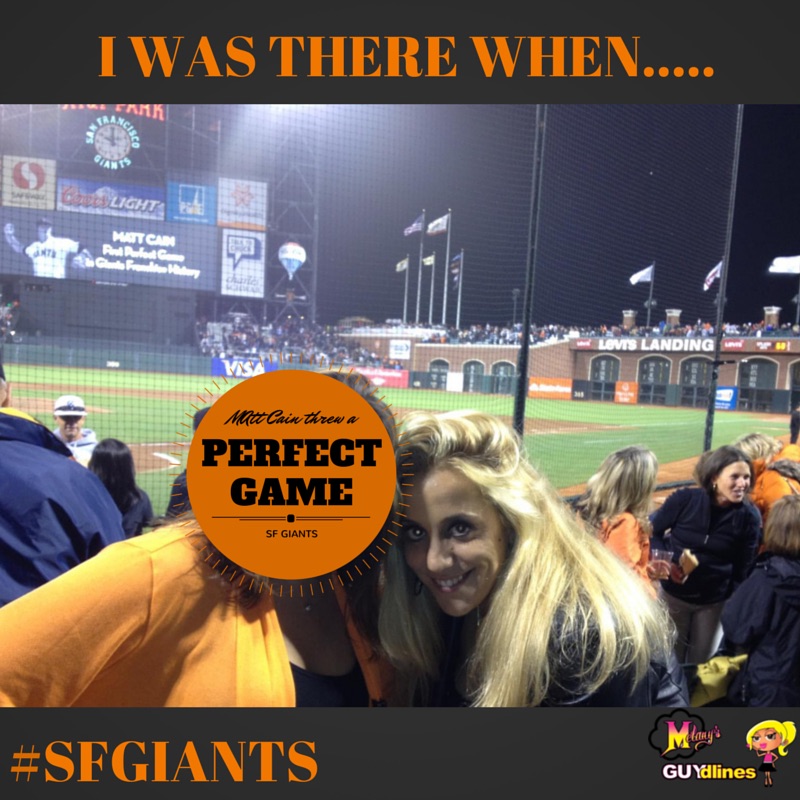 It was my birthday!

I am a fan! I love being from the Bay Area and I have pride in all my teams. How about those Golden State Warriors being coached by a University of Arizona Wildcat, Steve Kerr? #wildcatforlife We won’t talk about the 49ers right now except to mention that I grew up going to Candlestick park and freezing my tush off in the fog watching both the San Francisco Giants and 49ers. My parents had Super Bowl parties every year and I watched Joe Montana pass off his quarterback crown to a young Steve Young. I still believe there is a curse of Levi’s Stadium but….we can’t throw a perfect game every time? Oh, and yes, I did grow up with Tom Brady and I played softball with his sister. He liked softballs then too. SNAP! I was raised never to be a fair weather anything and that includes a fan! I hate fair weather fans.

I grew up with Tom Brady and played softball with his sis. He liked softballs then too. #socialhangout

My father is first generation San Franciscan and I have celebrated many birthdays at AT&T park (even when it was Pac Bell). I remember before the stadium was built and that the area was not the most desirable in the city. This was back before it was turned into the most beautiful stadium in the country. You know you can get really fresh sushi there? Well, the fact you can watch the game from a boat in right field gives that away. 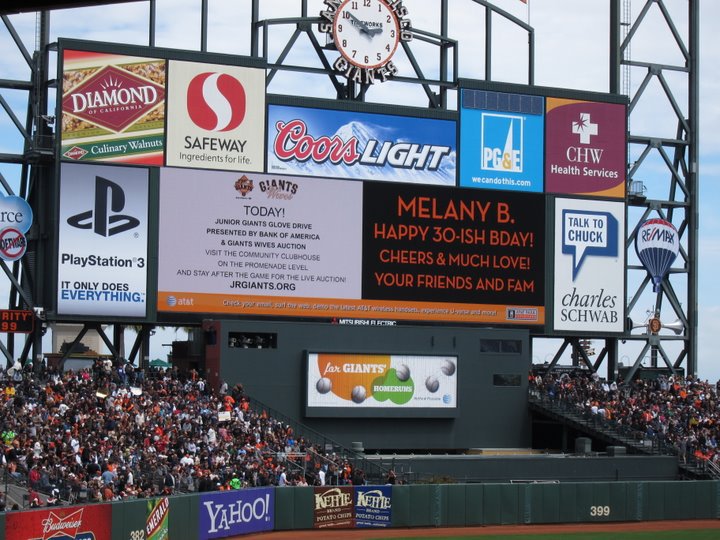 I grew up in the Bay Area, went to college at the University of Arizona, lived my adult life in Beverly Hills where I worked for rock bands (yes, you know them) and moved to the “city” where I frequented AT&T park a lot. But, no trip to AT&T park would be complete without a party in the Mayors room at Momo’s across the street. Pre-party at the Mauna Loa first and tell Kirk I sent you. Also, can I please point out that SF Giants make the best damn hot dogs in the country? They also make damn good garlic fries because the garlic is sent straight from Gilroy. I pass on the garlic ice cream. Dodger dogs suck and there isn’t even sauerkraut in that park in LALAland. But, when I did move back to San Francisco I remember the only place I wanted to work was for the SF Giants. They were and are the best organization from front office to back of the house including the players and the die-hard fans! #wearegiant yes we are! Plus, when the Giants aren’t on the field there is something going on in the stadium from concerts to pet parades and more. Key is dogs and music and baseball- of course!

The #sfgiants are the best from front office to back, including the players & die-hard fans! #wearegiant #socialhangout 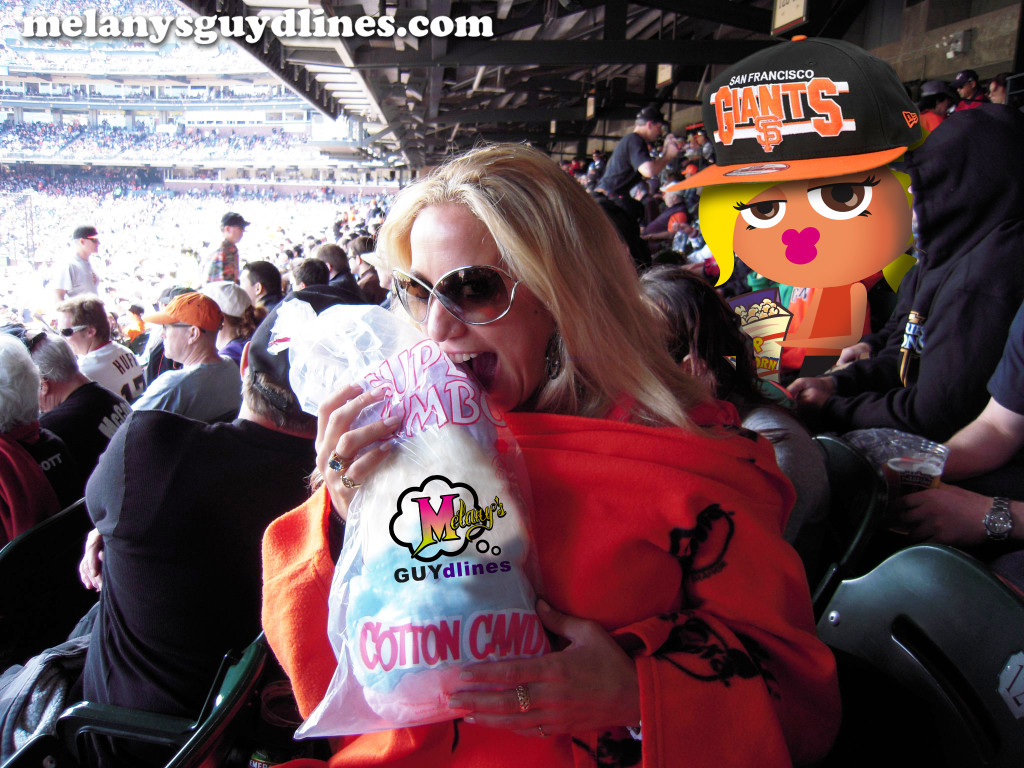 Just typing this blog post makes me want to jump on another plane and go to the ballpark tomorrow. But, I will be doing the next best thing. I am co-hosting with Eric Mitchel while we interview Bryan Srabian who is the Director of Social Media for our champs. How cool is that? I am melding all of my favorite things together and I love it.

So, even if you are not a San Francisco Giants fan you have to tip your hat to the entire organization for what they do on and off the field and we have Bryan Srabian to thank for the social media aspect. He is a true pioneer of bringing social to the fans. The Giants are giant and together #wearegiant.

Tp your hat to the #sfgiants for what they do on & off the field & thank @srabe for the #SoME aspect! #socialhangout

BTW – I live down the street from SF Giants spring training field and share a little more than a love for my SF Giants with manager Bruce Bochy. We lived in the same condo and slept in the same bed (not together- it was a furnished unit).

So, join me tomorrow while we make Social Hangout history and give you the opportunity to tweet and ask your questions to the man behind the Social Media of your World Series Champions. 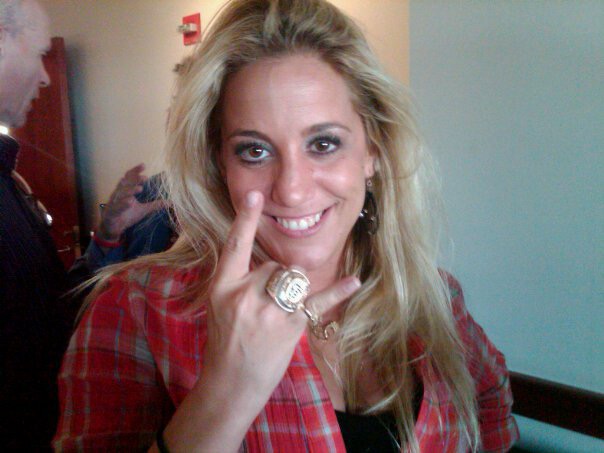 So hard to choose!

What ring do you wear? You have 3 to choose from and that is a lot of choices?

What did you think when Brian Wilson “The Beard” went to the LA Dodgers?

And what in the world happened with “Panda” that he would leave his fans and all the Panda hats in the city by the Bay?

When did Don’t Stop Believing by Journey become MLB anthem?

What do you want to know?

You can watch it all Social hangout with SF Giants

Make sure to get me @Melanyb12 on @SocialHangout with the #sfgiants and #socialhangout!! 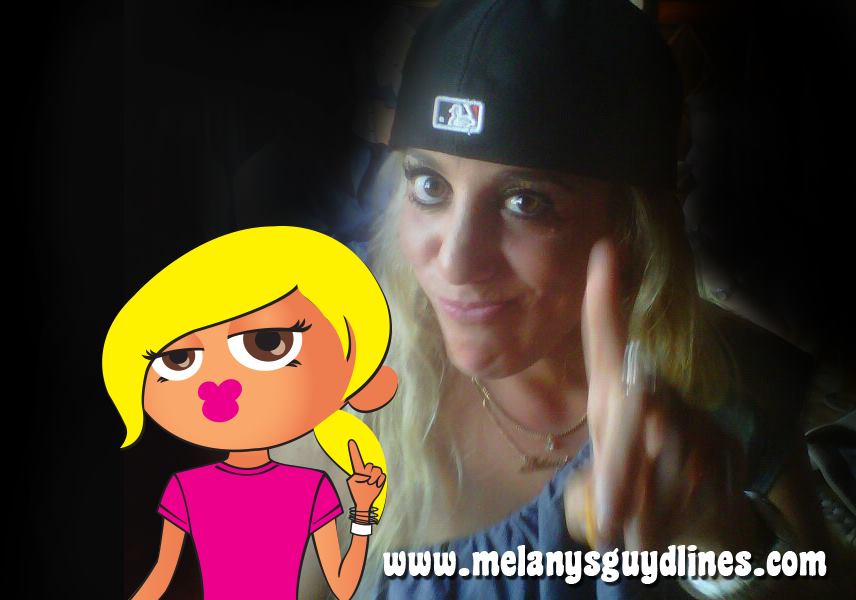 I can wear my SF Giants hat backwards like Eric!