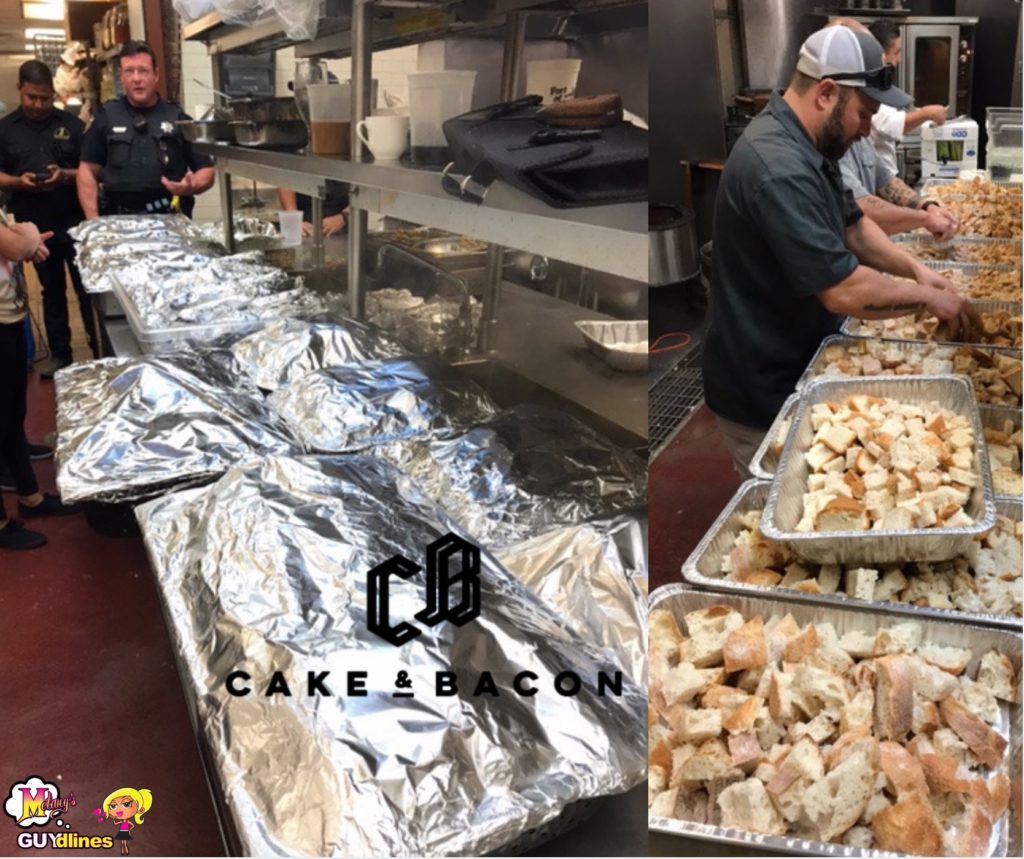 This post is a follow up to my first blog about Hurricane Harvey and the relief efforts to feed the hungry on the front lines in Houston. Jeff and Sheryl Weinstock of Cake & Bacon have been silent heroes in their quest to feed as many people as possible. I asked Jeff to give me a breakdown of what has happened since the hurricane hit and think it best he tell you what his team accomplished the past weekend serving over 10 thousand people. This is an incredible story and so happy to have been able to take a little part in helping people in need.

Take it away Jeff….. 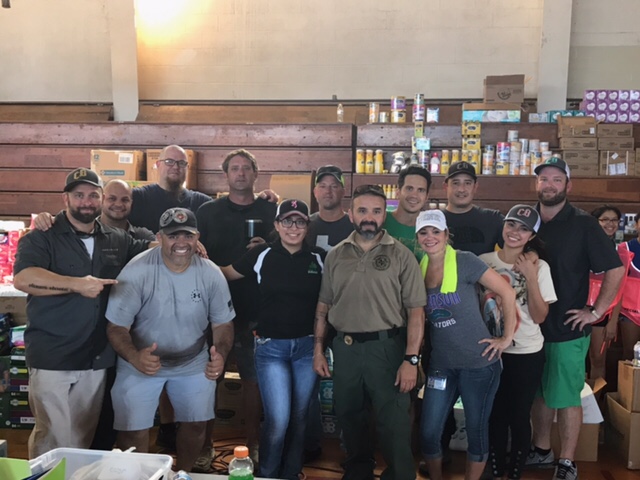 “On Saturday morning following Hurricane Harvey, I gathered a team of chef friends in the industry to provide breakfast for first responders. The team of chefs included Max Torres, Matt Lovelace, Greg Lowry, Eric Beasley and Felix Florez. Other volunteers were Felix’s oldest son, Jack Duplechain, who flew in from L.A. to help, Cameron Giamalva and his daughter Mia, Laura Gonzalez and Robert Douglass. We all met at 7:30am and used the kitchen at Brennan’s of Houston as our staging point. 3000 breakfast tacos were assembled and cooked in their giant steam kettle using 20 pounds of chorizo and 12 cases of eggs, which were donated by Cake & Bacon. The breakfast tacos were then distributed to the Harris County Sheriff’s office, 3 area fire stations, and a tactical command center in the Cypress area of Houston.

Immediately after that, we made 8 sheet pans of Creole bread pudding, using bread made by Cake & Bacon. We then started prepping meals using food that was purchased using the generous donation from Melany Berger. Ingredients included 4,000 pounds of pork butt and chicken, 60 pounds of coleslaw, 24 #10 cans of baked beans, and 14 cases of Texas toast. In addition, we made 10 gallons of squash soup, 4 gallons of chili and and 2 sheet pans of rice, which were distributed across Houston. Most of the food was delivered to Dickinson, TX, where the entire town was flooded out for a total loss. Before we arrived, the dinner being served to women, children, and first responders was a bag of chips and a can of coke. They simply had no food left to provide. With a phone call from a friend, Matt Lovelace, aka Tater, who is a resident of the area, we were the first truck from Houston with any relief. We teamed up with a former marine who was cooking for everybody from a group called “Marines helping marines”, named Columbo. With your donation we were able to feed close to 8,000 people down there with a hot meal. Also, we delivered to Chef Ara Malekian of Harlem Road Catering. He had been cooking on his BBQ pit for first responders, police officers, firefighters, and Military in the Ft. Bend county area, which is on the opposite side of town. (Please look up these cites to get a scope of range where we were.)

Furthermore, because of our efforts through social media, we were able to connect people together to move truckloads of food from various kitchens in the Houston area across the city.  We were also able to provide over 350 sandwiches to people who had no electricity, water or means of transportation due to the storm in certain neighborhoods in the Dickenson area. The sandwiches were delivered by a close friend and Dickenson native, Cameron Giamalva, along with 15 cases of water.

By Sunday, word had spread of our donation, and a local restaurant, Pook’s Seafood, opened its doors to us to come down and cook for the people using more donated product, which we used to serve another 2000 people.” 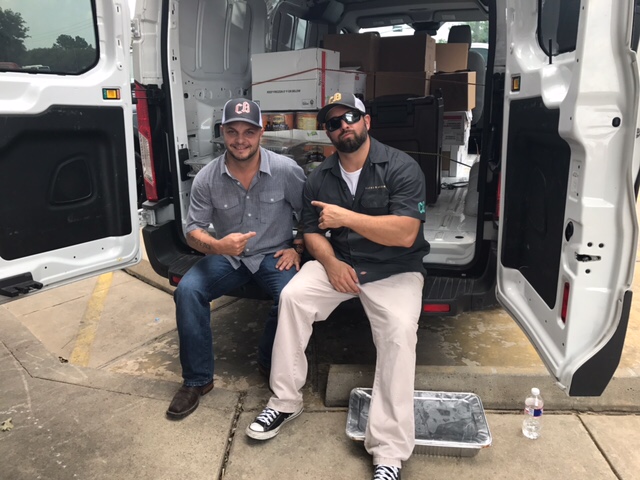 The water may recede, but the need will still be urgent.

The water may recede, but the need will still be urgent #harvey.

If you would like to help, please reach out and let us know.

2 Responses to Harvey’s Hungry: Lending A Helping Hand And Feeding Over 10,000 People