Last week, I attended social media week in Los Angeles and was not able to write a proper blog post for today.  It was an interesting experience.  I did however notice one thing. Most men did not take me seriously until they asked AJ (my social media ninja) what he did? When AJ responded that he worked for me, and “does anything she needs” the men were a lot more interested in what I had to say. Men – wake up! Attention – Blogs are important and don’t discount this snarky, blonde girl for a minute. You will need me sooner than later. So, if you have not realized the importance of bloggers yet, whatever it is that you do is not reaching its full potential! I have always worked in male dominated industries and some of you are a little slow to recognize the importance of a woman. So, recognize. Best part of the conference was watching Marques Wyatt spin to a group of social media nerds. Now, he is in fact a smart man. A DJ that big knew playing to a social media crowd would get his name out there and he was right. I tweeted, FB and am now writing a blog about him. What better way to promote? Get it now guys?

The main reason for this post is not point out that sometimes men are slow because you guys know I love you – you are my biggest fans. But, I want to post this to say that I am so humbled in the fact that my hard work on this blog is paying off. I was “recognized” by a fan this weekend! Thanks Amanda for coming up to me at Bar Sinister in Hollywood and making my year. Love that you have good taste in blogs and music. To top that off, I was with one of my oldest friends from college when she came up and that was the cherry on the top to be with him during that surreal moment.

Now, hopefully the men I meet from now on will give me a little more respect. Just like Rodney Dangerfield would always say! 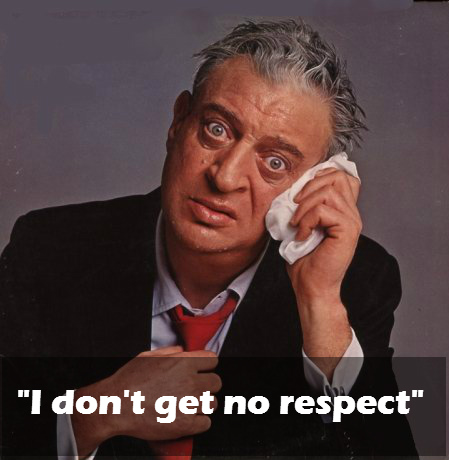