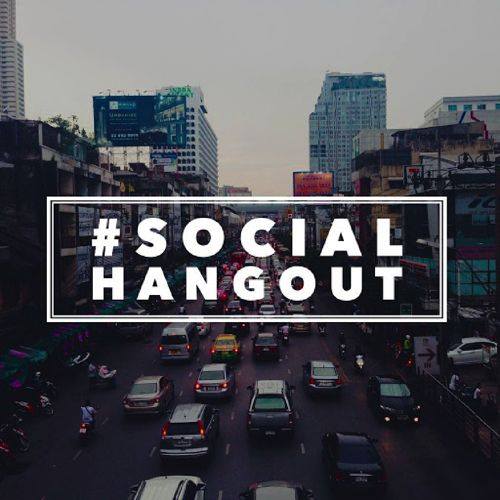 I am fresh off my trip from Social Media Marketing World in San Diego and this week has been full of great opportunities flooding my inbox. The conference gave me a chance to put my face with my snarky name and “TADA”! Plus, I know a lot of you have been asking me to do more videos so guess what? You can catch me live tomorrow, Friday April 3, 2015 at 9AM PST on Social Hangout as a Co-host. Yes please! I can do that!

What is Social Hangout? It is the hottest new show on the interwebs. It airs via Google Hangouts and is the brainchild of someone that is fit for the title SNARKY. If you don’t know Eric L. Mitchell, you should! This show is not scripted and anything goes so I better be on my game. In addition to being totally awesome, Eric is a San Francisco Giants fan. So, he is a 10+ in my book! Here is a little more about Eric as found on the SocialHangout site.

The founder, creative genius, and unstoppable force behind SocialHangout, Eric L. Mitchell has never been accused of being shy. This hard-charging United States Marine attacks issues with the same enthusiasm and drive he displayed while defending our country. Well-known within the SaaS community and tech circles, Eric is no stranger to the Silicon Valley playbook, having been a founder, acquired (twice), and built start-ups from the ground up. Passion is the word that best describes Eric Mitchell, who currently advises several tech startups and is instrumental in their success. Eric spends his free time rooting winners — the San Francisco Giants.

Eric has secured amazing guests so far on Social Hangout! Can you say Ted Rubin, Bryan Kramer and Jay Baer?

There are some super fun names coming up (but I am sworn by snarky blood not to tell) but I can tell you that Tamara McCleary is our guest tomorrow and I can’t wait.

Tomorrow @TamaraMcCleary is our guest @socialhangout and I can’t wait. 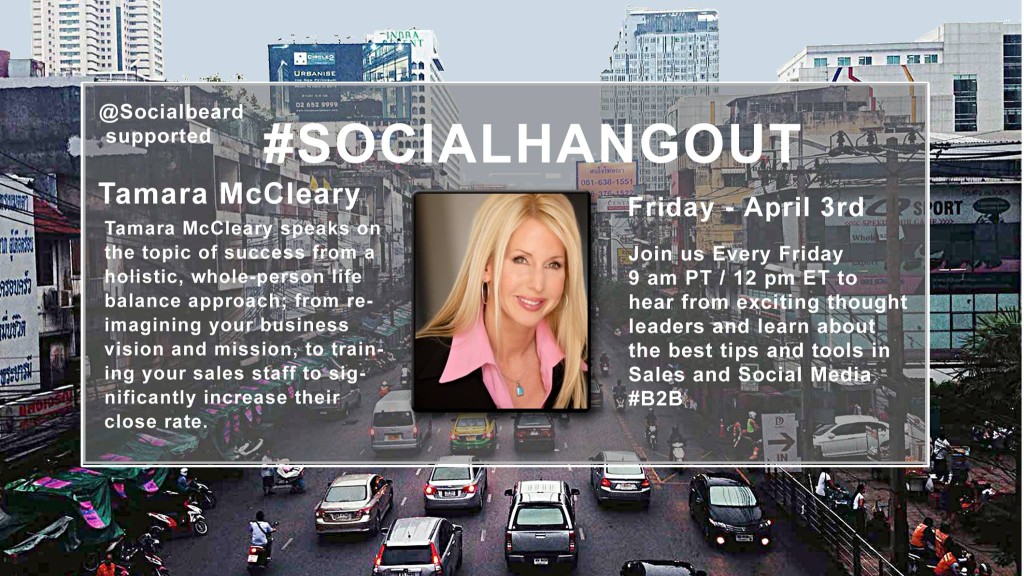 After 2 decades as a successful entrepreneur, I’ve been through business ups and downs as well as life restructuring, inevitably leading myself to another total life make-over and reinvention project. Whether you’re embarking on a fresh start-up, have a business idea, wish you had a business idea, have a book to sell, wish you had a book to sell, or are facing what seems to be a new start in life or an upside down life situation that seems overwhelming… I’ve been there and I can help. First let me say I’ve had business failures, and quite frankly with each one I learned what “to do” as well as what not “to do.” Going through the fire is a purification process and in that process I’ve learned a great deal about how to start-up as well as how to start over.

Two blonde women and a snarky man joined a google hangout…. (you have to tune in to see #socialhangout)

Two blonde women and a snarky man joined a google hangout…. (you have to tune in to see #socialhangout)

If that is not enough to get you to watch, check out Social Hangout from yesterday (that trended nationally BTW). And…thank you for the mention Eric!