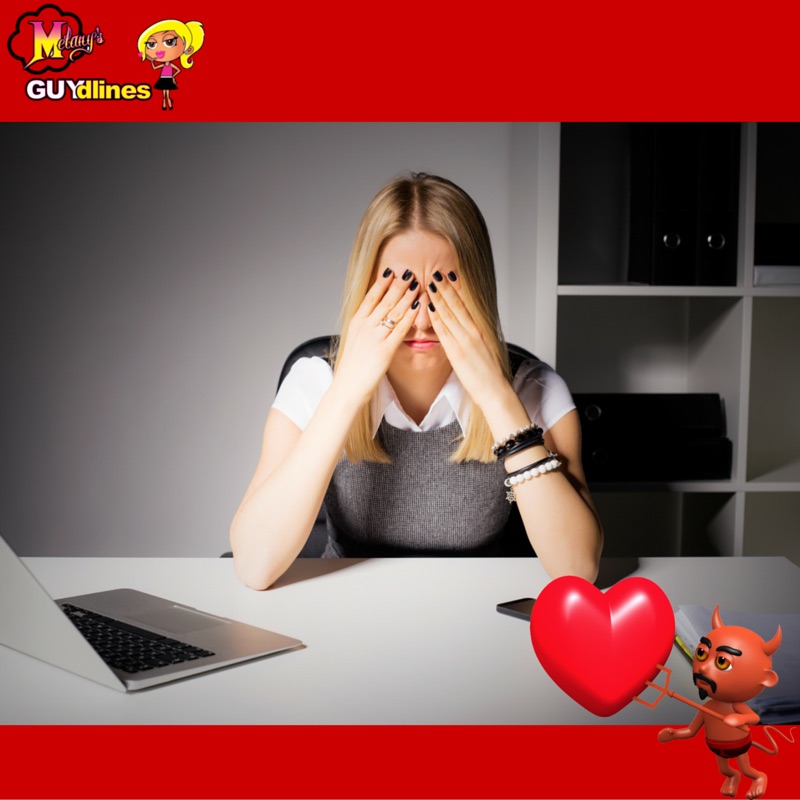 Love this super snarky post from Laura! She is really getting the hang of the snark! Well done and great tips here. I would have been equally annoyed with this guy and probably would have told him where he could go before he proceeded with point two. Take it away.

Last night I came face to face with my first ever real life ‘Life Coach’. And I can quite honestly say that I could have gone my entire life without meeting him, or any other life coach for that matter, and been perfectly happy. But this article is not about my opinion of life coaches, but rather my feelings about what this particular person had to say.
This so called life coach named Richard (of course), decided to share his relationship advice with my boyfriend and me -at about 1am, on a Friday night (Saturday morning), in a bar. NOT the place or the time for that kind of conversation. In any case, I got so disgusted with his so called advice that I had to leave the table or I would have done something very unladylike and probably violent. The fact that he basically said I am going to die alone probably didn’t help him either! But it horrifies me that he is actually sharing this advice with other people, so I’m sharing what I think is slightly better relationship advice! Now I am no expert, I have no degree and I am not quite 30. But I am the child of divorced parents, who are both the children of divorced parents.

And before becoming a copywriter I was a bartender for 7 years – which means I am an honorary psychiatrist! I have seen relationships go wrong and go right, AND gotten the insiders opinions on what works and what doesn’t. And seeing as I’m in a (mostly happy) 7 year relationship, I must be doing something right!

So use it or don’t use it, but here is what the life coach had to say, and my reply to it:

He said:
Couples should never argue about anything, ever

I replied:
If couples don’t argue sometimes, it means they never talk to each other.
The way we react to life and all of our opinions are shaped by what we have learned and experienced. No matter how much they love each other, two people will NOT always agree about everything and sometimes their disagreement WILL turn into an argument. In my opinion, it is okay to argue about things, to have different opinions and to disagree. It is the differences between two people that normally make a relationship work, and as long as an argument doesn’t turn into a fight or get ugly then it is HEALTHY!!

P.S. An argument is NOT a fight – even if you’re not a violent person, a fight makes you want to hurt the person you’re fighting with in some way. An argument is more of a (sometimes very) heated debate that can frustrate the hell out of you but doesn’t make you want to punch a wall.

He said:
The small stuff is not important, so just forget about it

I replied:
The small stuff becomes big stuff and can destroy a relationship.
I call the small stuff ‘toothpaste issues’ after the last, and one of the worst fights I can remember my mom and dad having (while together), and the one that led to us (my mom, brother and I) moving out. The divorce was a long time coming, and the toothpaste issues had very little to do with it.
But THE fight started because my mom squeezes toothpaste in the middle, my dad always squeezes from the bottom, and ‘the right way to squeeze toothpaste’ became a constant argument! That day it became an argument about ALL the little things they hadn’t dealt with, and then a full blown fight.
Instead of talking about an issue when it first came up, they ‘forgot’ about it. They never found compromises for ANY issues (just go to Kohl’s and get 2 tubes of toothpaste – duh!!). And because they weren’t talking about the small things, they didn’t talk about the big things either.
Over time the frustration, hurt, resentment and anger built up, which eventually exploded. When you talk about small problems and find compromises, it is easier to talk about the really important things without them turning into knock down drag out fights that can end a relationship in seconds!

He said:
We treat the people we love worse than we treat anyone else, but we apologize and move on,
I replied:
We should treat the people we love better than we treat anyone else in the universe
Actually ‘Are you being f***ing serious???’ was my immediate response, but that’s irrelevant to my point. Mr. Life Coach said that most people tend to treat strangers better than they treat the people they claim to love. They have an argument and say (or do) horrible things to each other all the time.
But because they love each other, they apologize for what they did or said and that makes everything better. But when we are around strangers, we are always on our best behavior – or should I rather say that we are NORMALLY on our best behavior!

Now, I do believe that if you love someone it is easier to forgive their faults or mistakes, and being in a relationship means you’ve probably seen or experienced most of them. But we were talking about the little things that happen every day, not something that happens once in a blue moon. And there is some treatment for which an apology, and all the sucking up in the world, will never make up. You get frustrated, and sometimes you say things in the heat of the moment that you should never say. But that does NOT make it okay, and an apology is not a magical fix all!!

I don’t think it is okay to ever treat anyone (stranger or not) badly, no matter how much that person deserves to be treated badly! I can dislike you, and be so angry I want to growl at my pillow when your name comes up. But that doesn’t mean I should treat you like a second class citizen!

And if you are someone I love, it means that I should make a special effort to be nice – no matter how angry I am with you, or the universe in general. We are human, and there are times that we’re going to mess up – BIG TIME! That is the nature of being human. But that doesn’t mean we can just apologize and the person we hurt is going to get over it – especially if it’s something we’ve done before. If you love someone, you treat them better than you treat anyone else. And there is no two ways about it, no compromising.

Either you treat the people you love like the most precious items in the entire universe (and get it right at least 98% of the time), or you pack your bags and call it a day. Love is not, and should never be, an excuse for behaving badly. EVER!!

If I had hung around longer night, he probably would have shared more relationship jewels of insanity with my boyfriend and me, but I left the table shortly after telling him exactly what I thought about his so called advice. I am pretty sure that if I had stayed any longer I would not have been able to stop myself from physically damaging him, which would have ruined my manicure and ended with me in a jail cell while he gets himself fitted for a full body cast!

I might be exaggerating just how bad my reaction would be, but just in case there is anyone else who has such a terrible idea about what it takes to make a relationship work, I thought I should throw my two cents in. As I said, you can use my advice or not use my advice, that choice is yours. But by all that is holy – DO NOT USE HIS ADVICE!!!

Well unless you WANT to be single or an asshole, then go right ahead! SNARK ON!